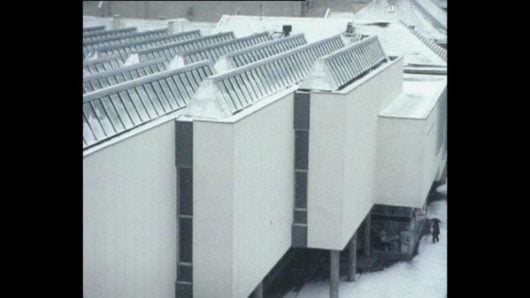 The film is inspired by the architecture of one house. | The architecture of the building is in stile of the Soviet functional modernism of the 60’s. It was build as an exhibition pavilion “The Palace for Exhibitions”, dedicated to the 50th anniversary of the October revolution. By the beginning of the 90’s it was the stage for official art exhibitions. | During the last decade, due to some irrational matters, this former very prestigious institution gradually started to show works of contemporary, experimental artists, which are far from being representative. The ambition of this evolution was very much influenced by architecture of the building itself. The dimensions of the space, its minimal aesthetics of social public architecture became a catalyst place for the generation of artists. | | Text by Deimantas Narkeviius