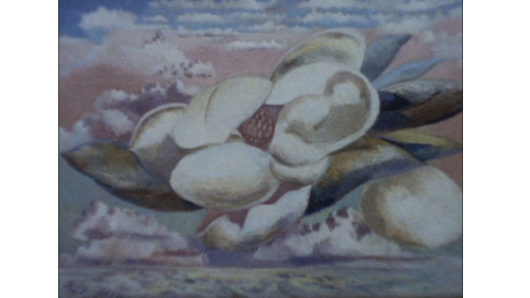 Our Magnolia is a single channel 16mm film that takes as its starting point Paul Nash’s extraordinary 1944 painting Flight of the Magnolia, conceived when the threat of a German invasion of England embued the sky with a new anxiety: the potential to blossom with explosions or parachutes. The film intercuts details of Nash’s aerial magnolia with other images: actual magnolia blossoms, a whale skeleton languishing in the sands of a beach, a video of planes on a runway, footage of the response to the looting of Iraq’s National Museum, a man looking at a computer, and a desk with a progressively more haunting photograph of Margaret Thatcher. Nash’s reparative picture becomes more and more menacing as the film constructs its flight amid other contexts, including Thatcherism and the Iraq War, which bring to mind Nash’s own paintings as an official war artist for the British during World War I and II. 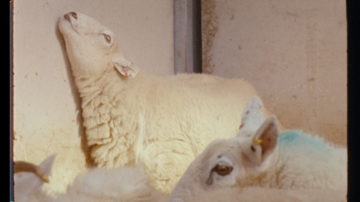 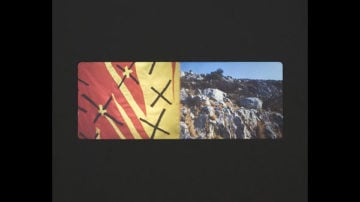