“If a film, which is already both the dream of its maker and the dream of its audience, can present itself as the dream of one of its characters, can it finally appear to dream itself?” – Bruce Kawin, Mindscreen.
Ora (a border or margin) is a pictorial sequence of overt theatrical gestures, which delineates itself. As such it infers Nothing. This is the context of myth. The sound track to this film is silence. – JA 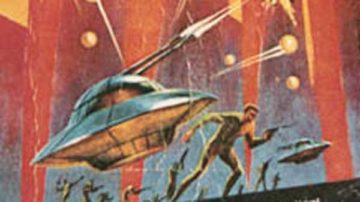