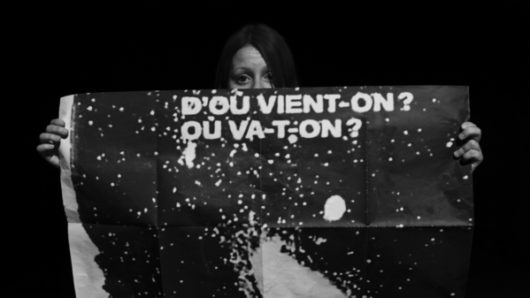 Intrinsically circular and episodic in form, Near Real Time reflects on our contemporary relationship with images, seen through the historical prism of a pioneering community television project. Their last surviving taped broadcasts provide the starting point for Pickering’s portrayal of a collective imagination and the ways in which it crystallised a relationship to camera. The depicted characters seem adrift as they mouth a shared monologue, looking to understand their status as images in situations that appear mutable and plastic. In timeless staging or re-imaginings of fragments, forms reproduce themselves and wander from scene to scene. A hanging lab coat becomes a white sheet, a costume, a ghost, a grotesque sculpture of a leg. The voiceover describes focus, volume and light, as if to understand its own mediated appearance in an emphatic present. 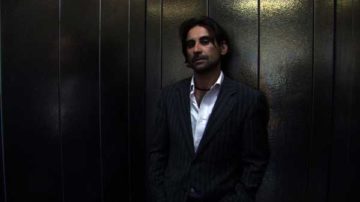 ‘Hungary! (the part where Cedric as the Marquis De Sade tells Casanova’s story of Damien’s execution: A Snuff Spectacle)’ 2007