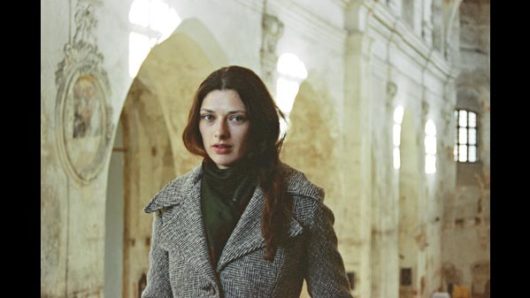 “Matrioškos” is a documentary style video that is in effect a re-enactment of a fictional story. Three professional actresses, who took part in a commercial TV project “Matriojskas” produced by VTM in Belgium, are re-telling the scenario of that film, as if it was biographical. The fictional story, “based on a true story,” is presented as a documentary following the experience of three individuals. The project questions the current or imbalance between fictional narrative and documentary practice in contemporary popular media.