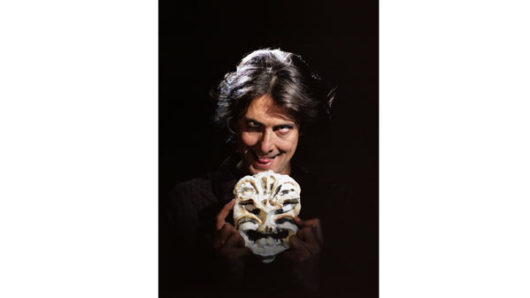 This short film reflects on the present state of cinema as celluloid. Resisting the advances of digitised media, Man and Mask celebrates, in a playful way, the medium of film itself: its material magic. This new film continues Daria Martin’s investigations into the aspirations and limitations of modern ideals. By drawing a parallel between celluloid film and masks made with ‘primitive’ means, the film draws attention to two mediums on the edge of becoming outmoded, yet with undeniable and enduring appeal. Man and Mask asks questions, in an entertaining way, about film’s qualities: its physicality, its trickery, its paradoxical opacity and transparency. The work oscillates between artifice and acting, using masks in a literal sense – ‘masking’ and unmasking, layering and stripping away.