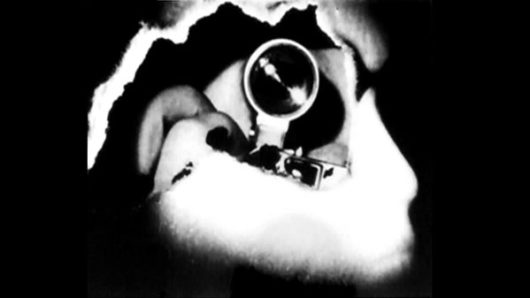 Lis Rhodes uses often mysterious, dangerous and highly personal images. –Amy Taubin, ‘Village Voice’ New York, 1978‘The film begins in darkness as a woman’s voice is heard over a black screen. The voice is questioning, searching. She will act. But how? Act against what? The bloodstained bed suggests a crime. . . could it be his blood? Could it be her blood? The voice searches for clues. . . . The clues suggest it is language that has trapped her, meanings that have excluded her and a past constructed to control her. Light Reading ends with no single solution. But there is a beginning. Of that she is positive. She will not be looked at but listened to…’ –Felicity Sparrow, ‘Her Image Fades as Her Voice Rises’, publ. The Arts Council 1982, reprinted in ‘Films for Women’, Charlotte Brunsden, Ed., publ. British Film Institute, 1986‘Light Reading is the possibility of a new direction in film, not to be co-opted by an overriding definition.’ –Peter Gidal ‘Materialist Film’ 1989‘Rhodes manipulation of, and dexterity with, cinematic techniques is a constant throughout her work. Light Reading is a technical and aesthetic tour de force of rapid fire editing, myriad techniques, and a compelling text which both manipulates and questions language. The constant themes of repression and the price of rebellion are all anchored around the hypnotic elliptical voice.’ –Gill Henderson, A Directory of British Film & Video Artists, 1996‘Ominous riddle: Light Reading (1978) sedately paced but radical in approach is a constantly shifting filmic collage of photographs, film strip and text. Rhodes’s almost riddlish narration splices together descriptions of the film making process with traces of an ungraspable narrative, hinted at in a photograph of a bloodstained bed to which the film returns, and ominously.’ –Ben Luke London Evening Standard 26 January 2012Selected Screenings : in ‘Lis Rhodes – Dissonance and Disturbance’ – Exhibition ICA London, 2012 ; ‘In person’, Lis Rhodes, Film Museum, Vienna, 2009 ; ‘Essentials : Expression’ : The Secret Masterpieces of Cinema’, Tate Modern, 2008 ; ‘Art and The Feminist Revolution’, Museum of Contemporary Art, Los Angeles, 2007 ; Anthology Cinema, New York, 1978