The Last Angel of History is one of the most influential video-essays of the 1990s , influencing filmmakers and inspiring conferences, novels and exhibitions. BAFC’s exploration of the chromatic possibilities of digital video is embedded within a mythology of the future that creates connections between black unpopular culture, outer space and the limits of the human condition. This cinematic essay posits science fiction (with tropes such as alien abduction, estrangement, and genetic engineering) as a metaphor for the Pan-African experience of forced displacement, cultural alienation, and otherness .

Akomfrah’s analysis is rooted in an exploration of the cultural works of Pan-African artists, such as funkmaster George Clinton and his Mothership Connection, Sun Ra’s use of extra-terrestrial iconography, and the very explicit connection drawn between these issues in the writings of black science fiction authors Samuel R. Delaney and Octavia Butler. Included are interviews with black cultural figures, from musicians DJ Spooky, Goldie, and Derek May, who discuss the importance of George Clinton to their own music, to George Clinton himself. In keeping with the futuristic tenor of the film, the interviews are intercut with images of Pan-African life from different periods of history, jumping between time and space from the past to the future to the present, not unlike the mode of many rock videos or surfing the Internet. 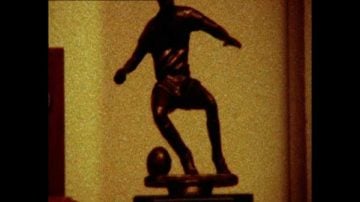 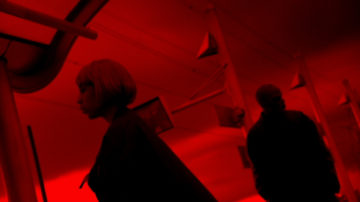