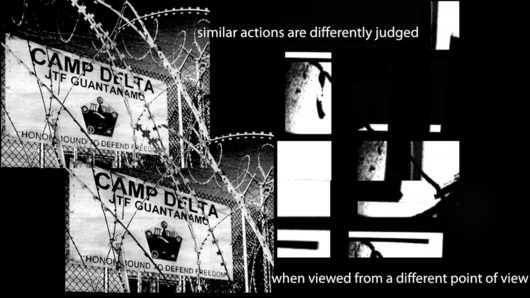 In the index of missing things the different editions contain much the same. The avoidance of law is clearly permitted – within the impunity of power. It is certain that crime is seen as criminal when measured by some and not by others.In 2012 an 87-year-old pensioner was on a demonstration against Camp Delta JTF Guantanamo Bay – [motto’Honor to defend Freedom’]. He took a lawsuit against the police – who had placed him on a ‘domestic extremist’ database of the secretive National Public Order Intelligence Unit. This has been covertly monitoring protesters since 1999. Although there is no agreed definition of ‘terrorism’ internationally – the Terrorism Act 2000 defines it in the UK as ‘…the use or threat of actions designed to influence the government’.With a shift of perspective, similar actions are different judged. Without legal aid, access to the law in practice becomes an apparition to everyone without means – this is a denial of justice. “Justice depends upon the public telling of the law” – J. Bayley, 1829In 2016, the Crown Prosecution Service persuaded an Old Bailey judge that an entire trial should be heard in secret. The Home Office and Foreign Office wanted the two anonymous defendants – previously only known as AB and CD – to be tried in secret.Through cavernous entrails of the courts – winds wheel and bitePerhaps the most obscure yet devastating contradiction in international law is the Investor-State Dispute settlement. Corporations can challenge democratic decisions made by sovereign states and sue governments directly where these decisions have an adverse impact on their profits. This has developed into a private justice system for global corporations. Who testifies and what they say remain secret.Journal of Disbelief tears pages out of the last 20 years to remind and to warn. In September 2001, Barbara Lee, a Democrat from Oakland, was the one member of the US Congress out of 535 who voted against handing President Bush the unconditional power to take military action. In 2003, the UK government’s legal advice was that there were insufficient legal grounds for the pre-emptive invasion of Iraq.The days before yesterday are still on the horizon – still being enacted in front of our eyes. 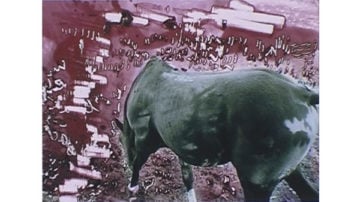