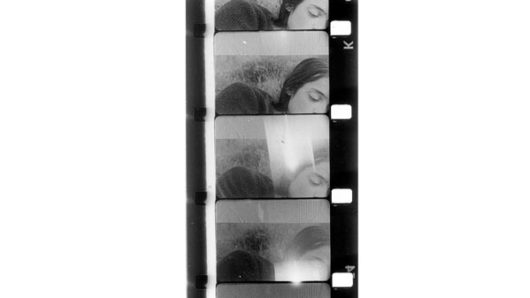 But involuntary memory is an unruly magician not to be importuned. It chooses its own time its own space for the performance of its miracle. Samuel Beckett. ‘Proust’
I refilmed photographs taken over a period of ten years in an attempt to dispel their nostalgic effect and question their momentary testimony. By shifts in scale, lighting focus and the use of multiple image layers ‘Image Moment’ leaves the gaps, confusions and conflicts present in the act of remembrance. Movement, stillness, light and dark mix to touch on the chaotic and multiple movement of traces through memory.
‘Image Moment explores space in a surprisingly lyrical way. City Limits.
“Based on the premise that a series of moments pertain more radically to those processes than any narrativisation, the film works on the conflict between still images and motion, between the instant/moment of photography and the process/procedure of cinematography. Away from the psychological and literal interpretations of memory and closer to the visual and mental processes, this works not to reveal a clear picture but by viewing and reviewing fragments, shifts and details.” Fragmented Views. Undercut Number 13.