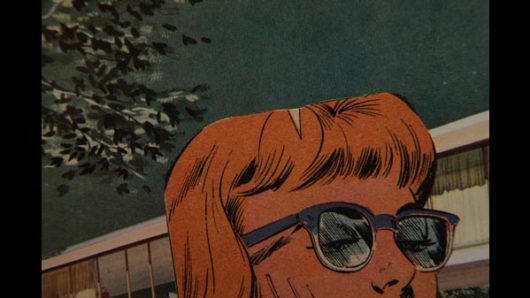 Ichor is the fluid that flows like blood in the veins of the gods. Ichor is the first episode of Sixty Six, a projected 12 film collage series that is a mythopoetic splice of classic Greek Mythology and Mid 60’s Daylight Noir. The scent of elliptical narrative lingers in the air, as vividly colored 60’s comic book figures thread their way through iconic photograph settings that are often black and white and often of mid-twentieth century Los Angeles. A pop associational mindscape where texture, color and and eternal time are the favored intoxicants. It’s my paradise lost– a place that can’t exist yet always will.