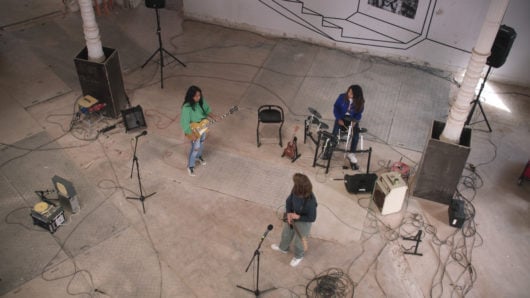 Hier. (2021) moves seamlessly between politically charged reflections and personal memories through a constellation of voices and lyrical material. In Museum Arnhem (NL) during its renovation – a place of conservation in transition – we meet a cast of young women who express themselves through music, poetry and dialogue. Together they sensitively explore themes such as hybridity, trans-nationality and diasporic sensitivities: essentially, the political instrumentalisation of identity and cultural renewal in the midst of persistent reverberations of colonial history in contemporary society.Alongside the cast, the location too is a meaningful “voice”. Museum Arnhem was originally built in the late 19th century as an ‘outdoors club’ — a gentlemen’s club founded by residents of Arnhem who did not have the social status to become a member of the centrally-located Groote Sociëteit. They were often people with a colonial past. In the film we see the building stripped down to its foundation, with worn concrete and elegant art nouveau features located next to each other. In this contrasting site of rubble and potential we follow three ‘sonic lines’: the band FRED develops an improvisation of traditional kroncong music before moving into their own contemporary song; Pelumi Adejumo reads a text she wrote as a result of joint conversations; Lara Nuberg spontaneously reacts to various documents, statements, the music, and the building itself. With music and poetry, we encounter not only socio-political urgencies, but also undercurrents of existentialist and vulnerable themes. Tenderly yet confident, we see the protagonists in friendship and cooperation, we hear about love, the sorrow that comes with it, life questions and certainties, by which they express the basis for a changing possible future. 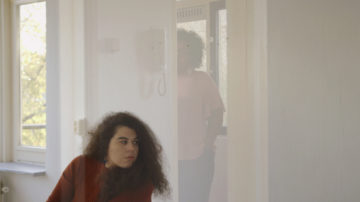 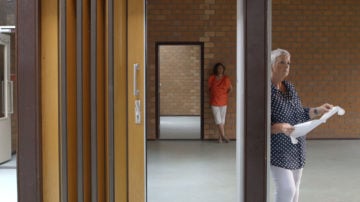 Beauty and the Right to the Ugly 2014 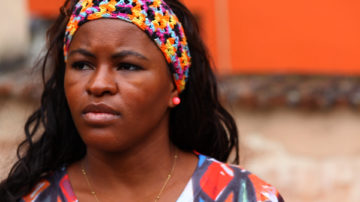 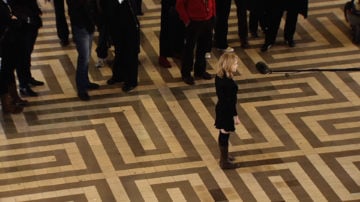 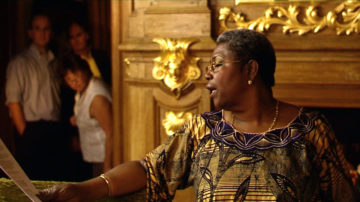