GAZWRX: the films of Jeff Keen 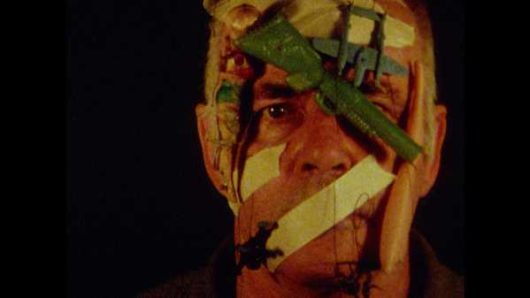 GAZWRX: the films of Jeff KeenOmozap 21991 1min col soundJeff Keen stands in overalls, poised with his tools before him. Then he lights a roaring gas-fueled torch, smashes a plate with a hammer, paints a giant esoteric symbol on the wall and starts up his film projector. This snappy one minute video provides a neat evocation of the Jeff Keen live experience and throws us right into the inspired montages to come.Marvo Movie 1967 5mins, col soundKen Russell said, “It went right over my head and seemed a little threatening, but I’m all for it.” The Cat Woman, Mickey Mouse, melting toys, the local graveyard and Brighton beach all collide in this subtly provocative and anarchic bit of British fun.Like the Time Is Now 1960 5mins b/w silentAmerica comes to Brighton as three beatniks hang out, listen to records and smoke before strange hats appear out of nowhere and a cartoon bubble suggests they all go to the cinema. The beginning of new era in filmmaking and a sign of the bigger cultural changes to come.Rayday Film1968-1970 + 1976 13mins col soundOriginally shown from an array of film and slide projectors plus personal performance, this energetic action lead film still barely manages to contain itself. Keen friends and family leave his flat where they’ve been fire pulverizing guns to spray dada-esque slogans on the beach and streets of Brighton, taking in the local tip along the way. Contains what must be some of the first examples of graffiti art.Day of the Arcane Light1969 13mins col soundCarrying straight on from Rayday Film though at a slower pace, the Jeff Keen gang transforms their local tip – the final destination for anything unwanted – into a site where anything is possible. Cardboard guns are fired to jaunty music and Motler the Word Killer, clutching a fake penis, runs after a woman in a wedding dress.Cineblatz1967 3mins col soundSculpted radio static washes over a rush of animated superheroes, advertisements and even the House of Lords. Over twenty discrete bright animations in less than three minutes.The Dreams and Past Crimes of the Archduke1979-1984 7mins col soundThe Keen players turn quiet and ghostly in this beautiful and magically symbolic film. Moving from a noir style thriller at Brighton train station to an artist who creates a broken heart using her paper quill, this red and blue dominated master work creates an unparrelled atmosphere among the work of Jeff Keen.White Lite1968 3mins col sound‘Meet Anti-Matter Man and the Bridge of the Atom’ in this surreal and psychedelic B movie homage. A half-naked woman undergoes a strange mental internal journey that leads us through a barrage of film noise to exotic images of stuffed bats.Plazmatic Blatz1990s 9mins col soundStealth bombers hover like vultures over crashing waves and a ruined land. Using found footage and several thick layers of video, Keen presents a very visceral version of Armageddon.Wail1961 5mins b/w silentThe realities of brutal gang violence collide with war paintings and a horror movie werewolf in this extraordinary action and animation mix. Keen recognises the dynamic links between different cultural forms plus popular culture’s potential for violence and subversion.Blatzom1983-1986 12mins col soundJeff Keen dons paper masks and his knitted Artwar jacket having already avoided falling bombs and paced a dusty, grey, moonlike landscape. Blatzom offers an exquisitely crafted noise soundtrack to match its explosive opening.Artwar1993 6mins col soundThis refined and punchy series of films combines explosions and gunfire with strident performances at home and painting at the local tip. Possibly the culmination of all Keen’s themes and a potent reminder of his seemingly inexhaustible imaginative powers. 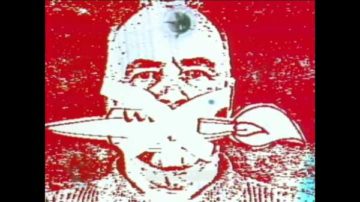 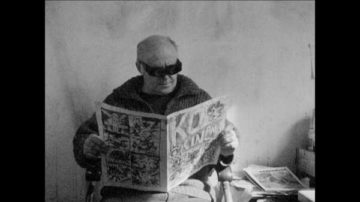 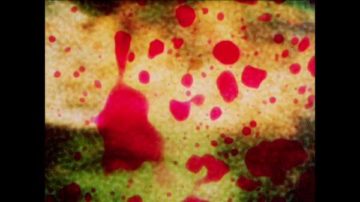 The Dreams and Past Crimes of the Archduke 1979

The Cartoon Theatre of Dr Gaz 1977 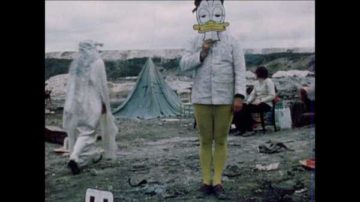 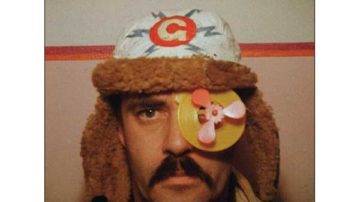 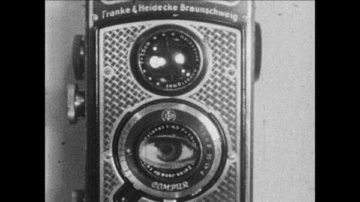