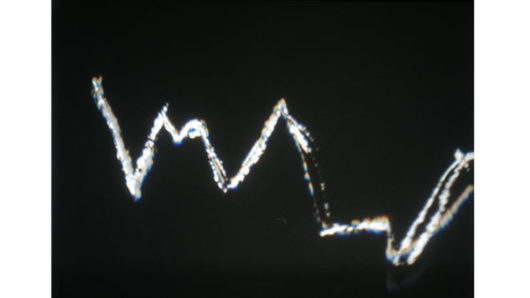 In Free Radicals LEN LYE put aside his interest in colour and concentrated on a stark, black and white use of the ‘direct’ method by scratching on black leader. He has described the film as ‘white ziggle – zag – splutter scratches…in quite doodling fashion’.
The film is a masterly poetic expression of LEN LYE ‘s lifelong concern with movement, as a celebration of energy.
The film’s title is a reference to modern physics – “free radicals” are particles of energy – but the visual style is still reminiscent of tribal art.
When it was first produced in 1958, it was an award-winning film at the International Experimental Film Competition at the 1958 Brussels World Fair. LEN LYE recomposed the film in 1979, producing a tighter four minute version.