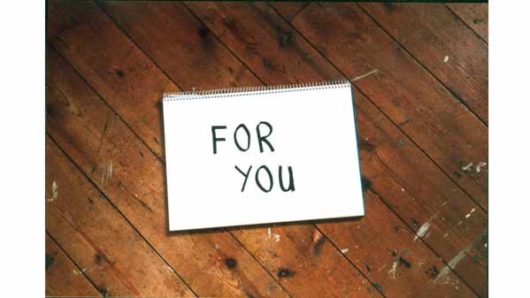 Intertitles and images of a suburban garden as a record of a relationship.‘In its address Peter Todd’s For You is closer to Margaret Tait’s film poems. Inter-titles speak to an unseen other, the You of the title. The tone is intimate as the camera lingers on small favourite places and plants in a back garden, or dwells on the skeletal forms of trees in the street outside. Recorded in autumn and early spring the film chronicles the changes in texture and colour wrought by seasons. Is the film’s addressee another person – and by extension us its audience – or is You the garden itself, the subject and object of the film? If this is an ode, then Bruce Baillie’s enigmatic 1966 film All My Life must be a haiku.’Garden Pieces. Felicity Sparrow. 2001.