For An Open Campus 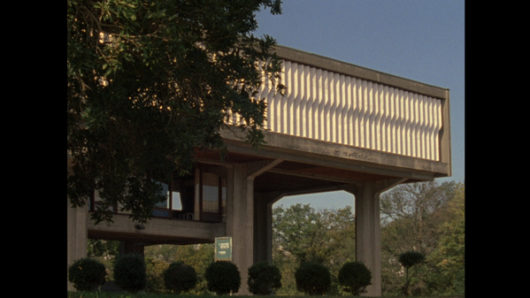 Shot over the months of October and November 2014 on the campus of Aichi University of the Arts in Japan, For An Open Campus is an immersive diary-form film that explores the extraordinary architecture and everyday social life of this campus world designed by Junzo Yoshimura and opened in 1966.Shot on 16mm film and employing both static and roving hand-held cameras the film revels in an accumulation of incidental quotidian detail, from students walking between lecture hall and studio, to students dismantling the hand-made and makeshift huts and canteens constructed for a festival. This activity is interwoven with extended sequences of a small group of students working together; focused, silent, and completely immersed in the making of a large-scale drawing and model landscape of the campus itself. Filmed close-up in flooding sunlight these sections of the film are a study in total absorption.At the same time, the film draws attention to the formal organisation of the buildings and the centrality of orchestrated sight lines and paths of circulation. The emphasis here is on the way Yoshimura played with parallax, simultaneity and multiple and constantly changing views – constructed in particular through the frames provided by the canopied walkways and the piloti of the massive raised lecture building – in order to produce an experience of the campus as a set of ambiguous and changing relationships. Drawing on this vocabulary, the film is structured around a number of simple formal relationships: in general between inside and outside; in particular between vistas, frames intervals, voids, enclosures, apertures and solids.While the architecture of the campus is extraordinary, the main lecture theatre looking like a massive multi-legged animal moving through the undulating landscape, Yoshimura claimed that the ultimate success of a design resided in the way people used a building:”I am gladdened when I have completed a building and can see people having a good life inside it. To walk past a single house at twilight, with bright light shining inside the house, being able to sense that the family enjoys their daily life; isn’t that the most rewarding moment for an architect?”The film captures the campus at an extraordinary moment in its history. Poised for change it awaits a major re-building programme – the estate in gentle neglect as plants, trees and wildlife slowly encroach, while academic and social life continues regardless. 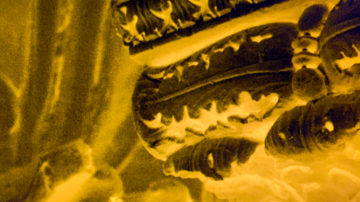 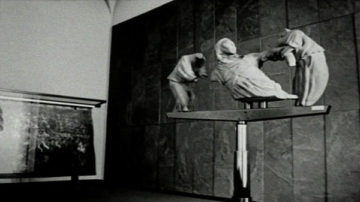