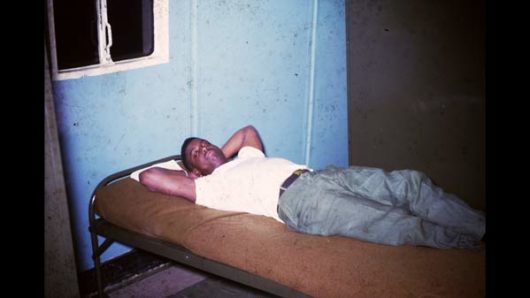 Echo – sited in a derelict ballroom on Governors Island, New York – remembers, condenses, re-enacts and dreams the islands historical and future relationships with exchange and transformation. Interweaving archive footage, documentary technique and supposition the video reveals the ballroom as a site used for an anti-materialistic gift-exchange ritual invented by the children of the islands military. Narrated from the future this gift economy has apparently both fantastically eroded the island whilst also creating its double somewhere else.

Paralleling processes of memory, wondering and dreaming this video installation juxtaposes two islands, Governors Island in New York (until the early 1960’s, USA’s primary military base, now uninhabited but given to the people of NY and about to become a ‘world park.’ ) and Deadman’s Island, Kent (a very small, uninhabited, flat, marshy island off the Isle of Sheppey used as an unmarked graveyard for hundreds of dead bodies removed from the prison ships moored in the Medway during the late 18th and early 19th C). Working with amateur film archives held by “Governors Island Brats” (children of the Island’s military personnel) and the documentation of a Kent community drama group’s re-enactment of scenes from Governors Island’s peculiar history of exchange and transformation a process of subversive bartering will be seen to undermine normal hierarchies of consumerism. Architectural elements from the site of the video installation (an abandoned ballroom on Governors Island) will be displaced to Deadman’s Island, as ‘ruins’, creating a further folding of places and times relating to the two islands and unsettling for the viewer certainties as to the delineation between interventions, fictional or factual, that have taken place in order to make the work. 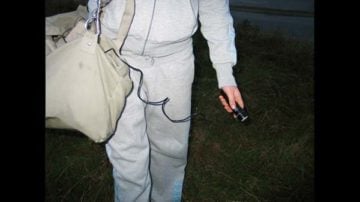