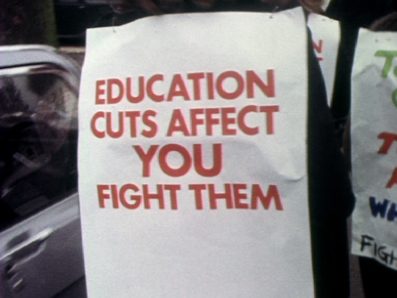 ‘The image of the diviner as an emblem of searching – a collision of the past, present, and future – operates as a central nexus to the film, tracing alternative trajectories and incidental relationships between disparate voices and broadcasts. A conduit for narrative, the archive is ‘recalcitrantly fungible, found yet constructed, factual yet fictive, public yet private’ [1] … Linearity is eschewed in favour of the cyclical, with recurrent images and symbols. Resistance is periodic. A bittersweet reminder that history is bound to repeat itself: ‘I don’t want to make Britain great, I don’t want to make any country great, because Britain, let’s face it, is a very small island in the middle of a very big pond” [2]’

(Philomena Epps, ‘Some kind of lunatic reincarnation’, The Bower, 2018)

‘Diviner’ takes its title from a short documentary ‘Diviner Water in Luppitt’ (1976), held in the South West Film and Television Archive (SWFTA) in Plymouth. ‘Diviner’ is a term originating from the 15th century to describe a person who might use special powers to predict future events, or for someone who looks for water under the ground with the use of a divining or dowsing rod. This idea of searching for matter scores the work, which is structured almost entirely from moving image material held by SWFTA, including ‘behind the scenes’ footage of cast and crew in film interpretations of ‘The Shout’ (1979) and ‘Far from the Madding Crowd’ (1967). These scenes are drawn into association with accounts of paranormal activity and pagan practices, natural disasters and celestial events, manufacturing plants and forest flora, poets and protests, through which the South West landscape is described and constructed. The archive’s multiple voices signal potential, divergent routes through the body of material in which they are collected, making and dismantling the narratives that bind them.

The opening sequence contains the only newly captured material, and shows the archive’s telecine process (the scanned transfer of analogue film to video for television broadcast) on a section of footage later used within ‘Diviner’. Through the mechanical looping of film and flicker of waveform monitors, the work appears to pre-empt itself through its own fabrication, where images of the past are spectral scribes to the present, and the archive becomes sentient, conversant being. 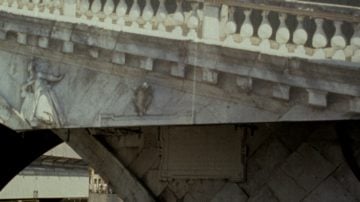