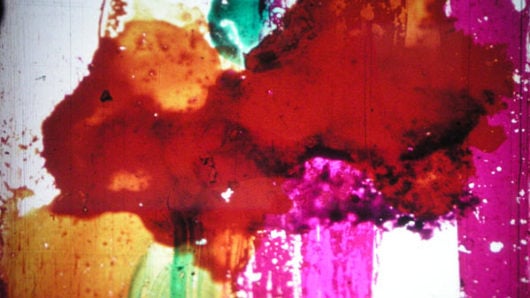 Music: Ritual chant of Maori medicine man and Sicilian tarantella on Jews harp.
A film poem that records a psychic event in colour, shape and sound. The inner eye reveals its visionary powers through a series of mystical signs and symbols, a collage of negative and positive images, incantations and sorcery. S.D.H.
‘Explores notions which are essences for important films made much later in the 60’s.’-P.G.
‘I think Divinations is an important film. Its imagery and sounds are characteristically magic. The film becomes increasingly explosive as it proceeds, and sustains its mood of secrets and excitement…the lacy detail of under-exposed film is shown in negative and the staccato motion of the individually etched frames. Some of the motion was concerned with a passing in and out of windows or approaching rectangular frames, action which may be associated with the projection of a divination from the present into the future. Best of all I enjoyed the episodic format of Divinations. This constitutes a formal design quality like that of a multi-panel painting. The idea is to intentionally contrast, rather than synthesize, the various meanings of the subject. Each episode is a complete piece of information. Episodes contrast with each other. Episodes are separated. Each episode successively presents the pleasure of a new situation.’ – Gary Frost, Art Institute, Chicago. 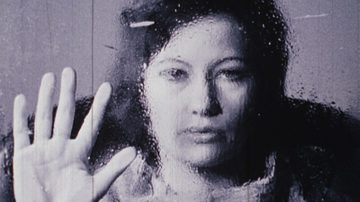 An Experiment in Meditation 1971

Shaman, A Tapestry For Sorcerers 1967 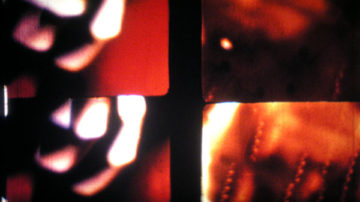