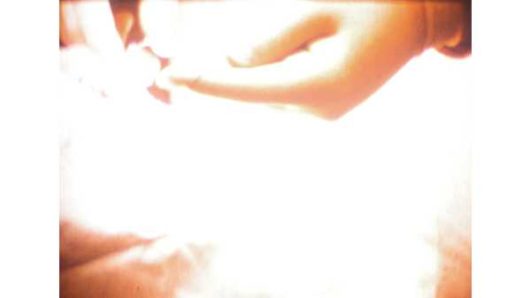 I have been many times very ill in hospitals; and I drew on all that experience while making DEUS EX in West Pennsylvania Hospital of Pittsburgh; but I was especially inspired by the memory of one incident in an Emergency Room of SF’s Mission District: while waiting for medical help, I had held myself together by reading an April-May 1965 issue of “Poetry Magazine”; and the following lines from Charles Olson’s “Cole’s Island” had especially centered the experience, “touchstone” of DEUS EX, for me: Charles begins the poem with the statement, “I met Death – ,” and then: “He didn’t bother me, or say anything. Which is / not surprising, a person might not, in the circumstances; / or at most a nod or something. Or they would. But they wouldn’t, / or you wouldn’t think to either, if it was Death. And / He certainly was, the moment I saw him.” The film begins with this sense of such an experience and goes on to envision the whole battle of hospital on these grounds, thru to heart surgery seen as equivalent to Aztec ritual sacrifice … the lengths men go to to avoid so simple and straight a relationship with Death as Charles Olson managed on/in “Cole’s Island.” 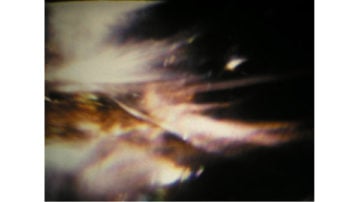