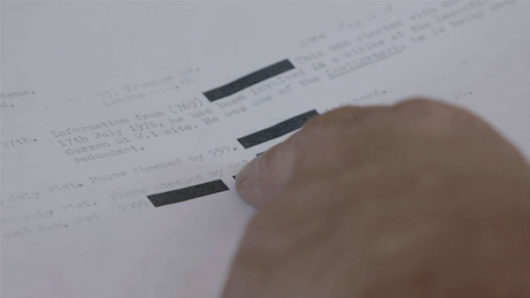 Five construction workers discuss their experiences of being blacklisted. A list of left wing ‘troublemakers’ was started by the Economic League in 1919. When the league was dissolved in 1993 The Consulting Association was set up by directors of 14 major construction firms led by Sir Robert McAlpine, who bought the list of individuals related to the construction industry. Thirty member companies routinely used the ‘vetting service’ and fed information to the blacklist, often of a casual nature and referring to political activities carried out outside of work. When uncovered in 2009, 3213 individuals’ files were found with lists from other industries thought to have been destroyed. This video is part of research towards a longer film, Solidarity (2019). 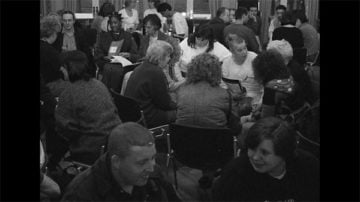