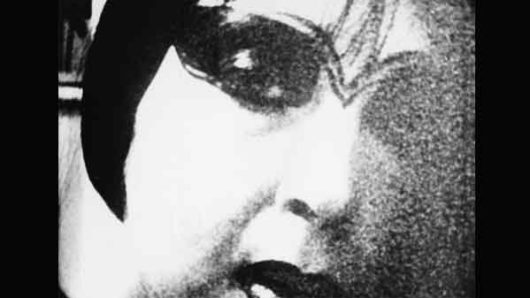 When Stephen Dwoskin submitted Chinese Checkers to the Fourth International Experimental Film Competition, held at Knokke-le-Zoute in Belgium at the end of 1967, he answered the question ‘In what sense is the film experimental?’ with the following: ‘using the film as composed visual time to develop and involve with the absorption and inner communication of two people’. The two people were performers he had worked with on other films, Beverly Grant from Naissant, and Joan Adler from Soliloquy.

Of all Dwoskin’s early films, Chinese Checkers is the most ‘Baudelairean’ in Jonas Mekas’s sense. It was written by Harry Smith, editor of The Smith, a literary little magazine that was launched in the year the film was made, 1964. – Henry K. Miller

Two women play Chinese checkers. Halfway through the film, the women are transformed through masks, make-up and costumes and they drift from a concentration on the board game to a concentration on each other’s hands and eyes, engaging in a game of seduction and lovemaking. Chinese Checkers was shot in New York in 1964 just before Dwoskin moved to the UK. 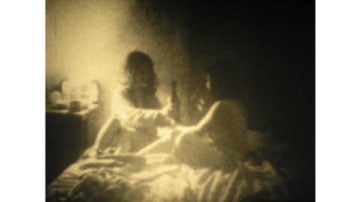