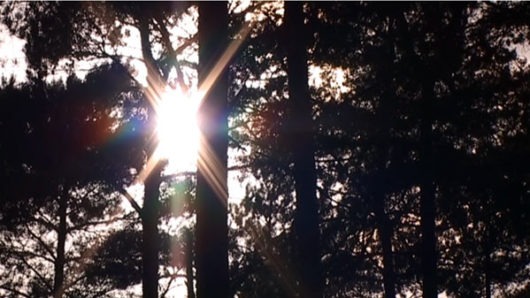 “In Cabinet, Tim Shore pursues a disturbing message through the spaces of the American landscape. An associative framework of found footage, digital reconstruction and text form a meditation on identity, technology and the land. Shore’s fragments of found imagery and sound evoke America’s myths of itself, from its war record to its prairies and birdsong. Yet, this is shadowed by the dark spaces of the Unabomber in his forest cabin, and the repetitive sound of the typewriter, a reference not only to the latter’s destructive manifesto but also to the fragmenting advance of technology.”
Lucy Reynolds, March 2007