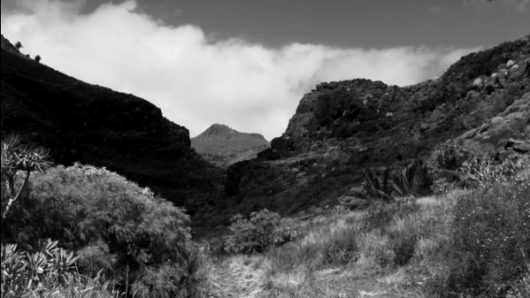 A film collaboration between Helen Petts and poet Albert Pellicer exploring sound, wind, landscape and whistling. Breath is Sense is a poem by Albert Pellicer, who explores the performance of his work in the landscape, on the wind, in the air. The poem is performed in English, Spanish and the language of Silbo – a whistled language that is native to the Canary Island of La Gomera where the film was made. The images and sounds explore rhythm, texture, form, sonority and landscape within the context of Silbo and the island. The poem is spoken first in English by Pellicer who also scratches the words on a sonorous rock, then in Spanish by a local woman, then whistled in Silbo by a local ‘silbodore’. The film concentrates on quite abstract images of the island and found sounds, including many bird sounds that are echoed in the silbo.
Silbo – the whistling language of Canary Island La Gomera – came about as a way of communicating in the mountains and across the valleys, but was also used by the locals when invaded by the Nazi’s who couldn’t understand it. Its still very much used on La Gomera. Silbo is influenced by the incredible bird sounds on the island.
Albert Pellicer is a Catalan poet based in London. He writes, performs and publishes in English, Catalan and Spanish. His poetry explores the margins of text and sound at the evental surface, where the poem takes place. He has published two books: El Lector de Núvols – a verse novel in Catalan and English, and Fennec. 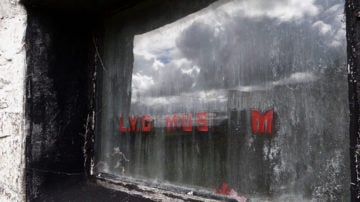 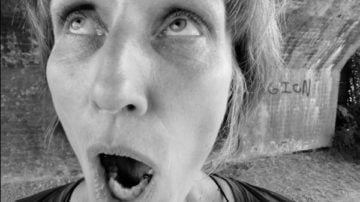 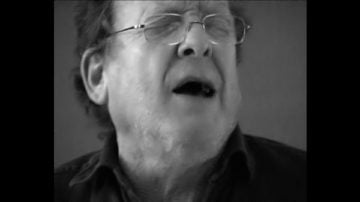 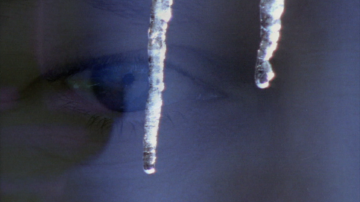