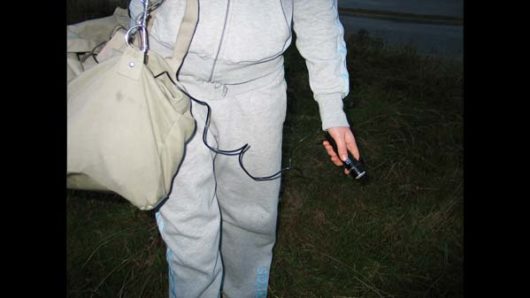 Using the form of a documentary, Around is set in the future, in the mostly regenerated landscape of a once deprived and stigmatised housing estate (Ballymun, on the outskirts of Dublin). After the demolition of the estate’s last tower block an archive of documents is found in the rubble. Handed to one of the estate’s developers she discovers that it contains the diverse records of an exploration into the affects of a wall bounding the estate. Despite the regeneration process the estate’s boundary had been retained, the developers clearly delineating who was inside and outside its margins. Played with and tested by the interior community’s local teenagers the supernatural powers of this periphery are ambiguous, neither clearly benign nor malevolent. Equally, ambiguous is the developer’s relationship and response to these records.