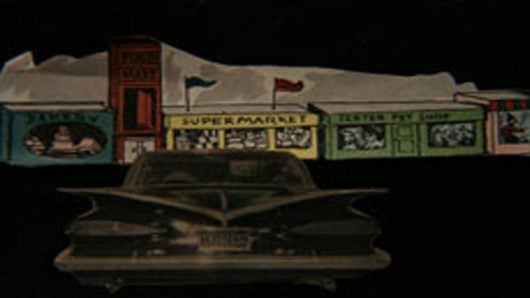 “Another “Couplet” from my ongoing Prolix Satori series. I thought up the juxtapostion of these two pop songs while creating a mix-tape back in 1988 but never thought I’d work with them as a film soundtrack. Back then the taboo in experimental film circles about using music was so strong it seemed permanent.”-L.K.