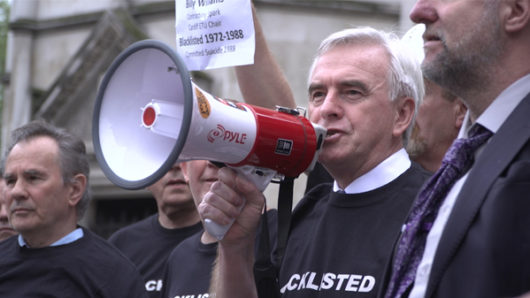 In the film political theorist Dr Mihaela Mihai asks a law school class ‘Should we just do away with legal apologies all together?’. The group discusses the worth of apologies when delivered by the state or a company to individuals. Two blacklisted construction workers, Stephen Kennedy and Jack Fawbert join the class as case studies for the group to understand how they felt about the public apology they received from the companies responsible for their blacklisting.This work is part of research towards a longer film Blacklist (2017), about the experiences of construction workers whose employers made use of a blacklist, which kept a record of an individual’s political activity at and outside of work. Since the files were discovered in 2009 the workers have been seeking justice. The workers have recently received compensation payments from firms however the significance of the apology is tempered by the lack of legislative change or a criminal trial, and therefore by the threat that the practice of blacklisting will continue.