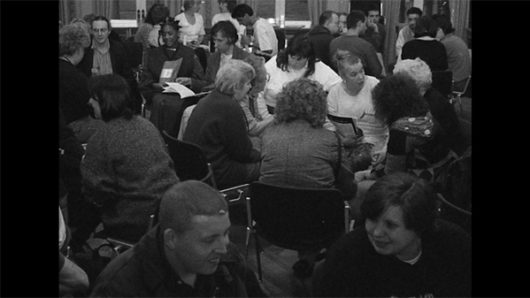 The film is constructed of material from the Federation of Worker Writers and Community Publishers archive held at the TUC library, London Metropolitan University.  The film focuses on the event of the FWWCP’s AGM and makes use of photographs, cassette interviews, spoken words poems and information leaflets. The FWWCP was established in the 1970s and created a network between UK wide groups, to prolifically print and distribute independent writing.  The founding groups came from Centreprise in Hackney and the Basement Writers, Cable Street London.