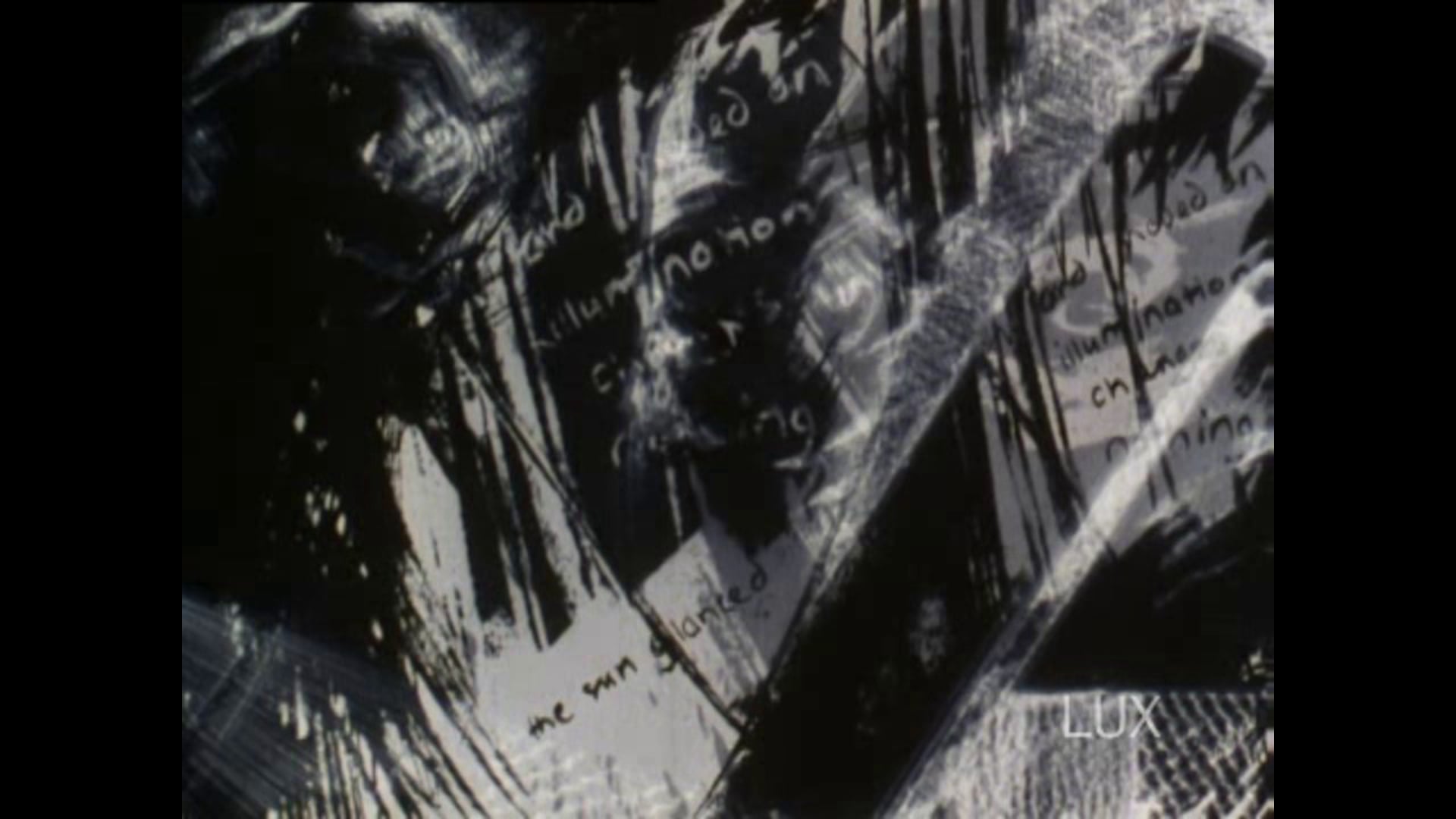 ‘What is most provocative about this film is that it proposes multiple credible points of view even as the woman is being certified insane by the ‘Censors’. We voyage into the skull of a woman and peer out to a monumentally static cold waste wit planetary slow motion. It is a bunker-eye view.’ –Sandra Lahire ‘Undercut’ Autumn 1990‘A Cold Draft takes the acceptance of repression and the danger of resistance as its central themes. Using metaphors Rhodes illustrates our coherence to a sociological ‘one-way’ system in which the majority work to fuel the profits of an obliquely sinister ruling body, or face exclusion. Drawn images and urban landscapes dissolve into each other to form a shifting, disorientating visual reference.’ –BFI ‘British Film’ Catalogue publ. the British Film Institute and the British Council 1991‘A Cold Draft (1988) is drawn from (a drawing of) the conditions produced by ‘liberal’ economics in the UK in the 1980’s. Truth is reckless, certainty a sham, but such is faith in repetition that line by line certainty is drawn. The account may be fictitious, a representation, but the events are the result of the imposition of private ownership.’ –Lis Rhodes, 54.Internationale Kurzfilmtage Catalogue, Oberhausen 2008Selected screenings : in ‘Lis Rhodes – Dissonance and Disturbance’ – Exhibition ICA London, 2012 ; ‘In person’, Lis Rhodes, Film Museum, Vienna, 2009; ‘Lis Rhodes, profile’, Internationale Kurzfilmtage, Oberhausen, 2008 ; ‘Celluloid Bodies’, ICA London, 1991