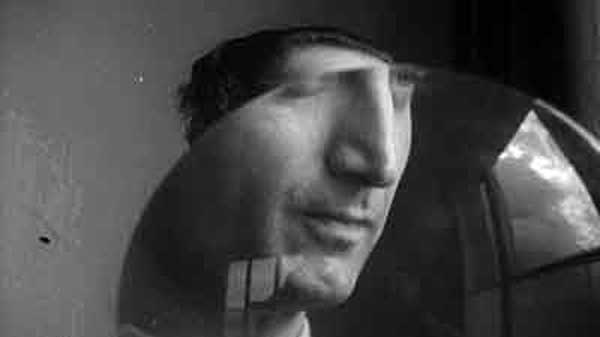 Since 2008 Phil Coy has attended artists’ talks as they pass through London and during the Q&A posed the same question: “Is it better to ask questions or to answer them?” On the occasion of his own artist talk at Whitechapel (30th September) and subsequent screening of his film Façade at the South London gallery (8-9th October), LUX asked Phil Coy to turn the questions upon himself.

Phil Coy: Is it better to ask questions or to answer them?

Phil Coy: Well if we’re talking specifically about artists then it seems almost a given that it is better to ask or prompt questions and then where possible avoid answering them. The assumption being that an artist who answers questions is in danger of becoming didactic and closing themselves down. So the nature of your question is really contingent on its context – ask the question to another artist in a room of people who are complicit in the processes of art production and then there’s likely to be a shared awareness that this is both an ironic and rhetorical question, because here is an artist who is answering questions.

PC: So this question about questions could be more like a challenge.

PC: Yes and no, it’s perhaps more a cue or invitation to consider something within the context of a given irregularity – that is a situation where artists are openly answering questions instead of doing what they’ve become expected to do. So yes it’s a challenge to that orthodoxy but not a challenge to the artist themselves, more an invitation. I am fairly sure that none of the artists I have asked were ‘challenged’ – at its best the question has prompted a switch of modes so that the discussion has come back into the present or people just laughed, which I suppose is the same thing.

PC: Everyone that’s been to an artist’s talk will have found that the questions from the floor sometimes belie a genuine desire to know something – instead they seem to be directed as an address or statement to everyone in the room to demonstrate the knowledge or engagement of the questioner.

PC: Well yes and this question is a case in point but it is also one that I have found to be taken in good faith. For example, Yoko Ono talked about how important it is to ask questions before you die otherwise ‘what a silly soul I might have been’. Then with John Baldessari, it was an unusual because the questions had been solicited earlier, so Matthew Higgs introduced the talk by talking about a Q&A between Baldessari and Meg Cranston 20 years earlier in which Cranston had questioned the nature of asking questions. So Hicks unexpectedly related that discussion to my question, which was obviously a good surprise.

PC: Have there been any exceptions, I mean artists that haven’t been so willing to participate in that conceit?

PC: Yes I think perhaps Carston Holler who gave what you might term as ‘the correct answer’: “I think I don’t know. I really don’t have an answer for that” was his response. Then also Robert Morris, but he was the first artist to whom I asked the question and I was half expecting or even hoping for his response because I had seen him lecture before and had read about his own enquiry into this aspect of how artists are represented or how they represent themselves. So, as you know, when he is asked a question in this context he simply draws an answer from a hat. In the instance of my question, the answer was a quote by Noam Chomsky:

Morris managed to avoid answering my question, or indeed any question, whilst also managing to question the question.

PC: So what prompted you to ask the question to Morris in the first place?

PC: I think it was prompted by the ‘taking notes’ series with works like agenda twenty-one, a list of numbers(1999) and Reminisce this(2003) where I took notes at talks/conferences, read these notes to camera and then played the video back to the delegates – that was the beginning. I was already looking at ways to work with these situations and the ubiquitous convention of ‘the artist’s talk’ was one of those. There was a sense that this formal arrangement continued largely unchecked, even though I was aware of precedents for questioning it and often enjoyed the talks despite having reservations – but what in the end prompted me to start to ask this question was seeing a reconstruction of Carolee Schneemann’s Meat Joy at the Whitechapel – this was already a strange conceit, but what made it particularly weird was that after the naked writhing body meat fest had happene, the performers were invited back onto the stage for a post-performance discussion and Q&A. That to me was infinitely more disturbing and shocking than the performance that preceded it – the veracity of the project seemed to hinge more upon firing questions at people under bright lights in an almost post-coital state. The whole situation put the performance right back to a safe black and white place somewhere in the sixties, so that all you really experienced was the framing of the work within the institution. At the same time I found some of the other performances in this series extraordinary – seeing Walid Raad’s Atlas Group and Robert Morris’ methods of dealing with the situation influenced me to find some way to intervene or confront it myself.

PC: Would you say that the Q&A interview format adds or implies a veracity that reflects on the tone of the conversation and confers a critical weight to the opinions being expressed?

PC: Yes, to a point, it’s a very seductive format and one that has this enduring correlation to the law – and it’s that relationship that confers upon its cultural authority. It also distinguishes it from other forms of mediation that ask their audience to consider the truth – for example documentary – which from the outset was seen as ‘a creative treatment of actuality’. So it’s good to be suspicious of it, and question it, it’s completely open to manipulation and perversion.

PC: Other than Façade what projects are you working on at the moment?

PC: I’m working on a piece called An attempt to avoid the dissatisfaction that everything relevant will not be recorded that involves sending an essentially empty standard issue art packing crate over to Bergen in Norway with a recording device and large battery within it. When it gets there, the crate will be opened out and the 3-day recording played back into the gallery space on a loop.

PC: Is that a reference to the Morris piece Box with the sound of its own making?

PC: Yes it’s a nod to that piece and the discussions Morris and Cage were having at that time, but also an attempt to extend the internalised elegance of that original gesture and its implied assault on the autonomous art object to that of an expanded field of globalised trade – which the contemporary art market is a sort of macro version of. It’s a context that didn’t exist in the 1970s to anything like the extent it does today – by coincidence, we are sending this empty crate out in parallel to the Frieze Art Fair, so it will arrive in Norway on the same day the fair starts in London.

PC: So you’re using the framework and system for the shipping of artworks as the basis for an artwork – actually the reference to Morris becomes quite oblique in the end?

PC: Yes, my work often involves questioning the frameworks that define it and this is all part of that.

At Whitechapel on Thursday 30th September, Phil Coy performs adaptive reuse and exfiltration alongside a screening of Morris’s Mirror (1969); archive films of plate glass manufacture; and Takehiko Nagakura’s Palace of the Soviets. His new film Façade screens at South London Gallery on Friday 8th October 7-9pm and Saturday 9th 11-6pm. His first solo show in Norway An attempt to avoid the dissatisfaction that everything relevant will not be recorded is at Volt/USF gallery, Bergen,from 15th October until 24th November.