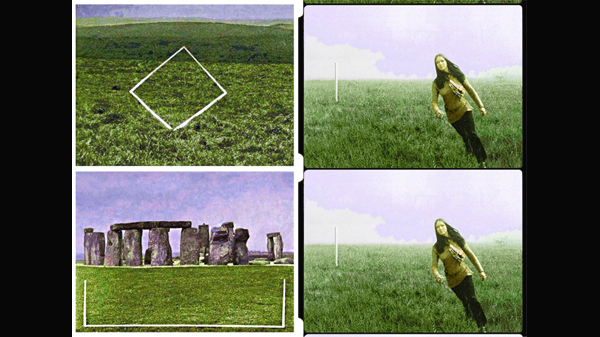 To coincide with the recent release of two landscape-themed LUX DVD releases; we present an diverse selection of films from the LUX collection which draw on the British landscape as subject and inspiration. Including David Hall’s seminal 1969 film Vertical which takes landscape of the Southern England as scale and frame for a series of his ‘sculptural’ works; Paul Bush’s elegiac portrait of a Welsh hill farm seen from a cow’s perspective, William English’s mysterious distanciated views of model villages and vacated campsites; Focus II one of a series of deconstructed portraits of the Lake District by Jenny Okun; Andrew Kotting’s early dadaist classic Klipperty Klopp which literally stamps itself on the landscape; Whitchurch Down (Duration) in which Dartmoor becomes the raw material for Malcolm Le Grice’s structuralist explorations and William Raban’s View, an early work by one of the best known of English landscape filmmakers.