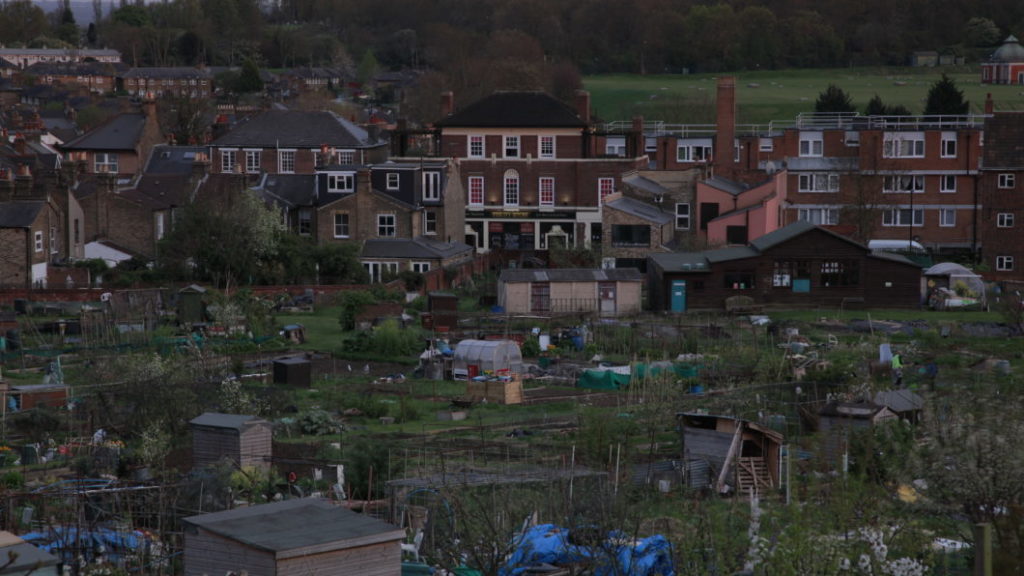 This genre-blending documentary turns community action into an exhilarating participatory opera. In 2012, the Ivy House pub in Peckham was sold to property developers as part of the ongoing gentrification of south London. The locals were not going to let this happen.||Unfolding from this scenario the film weaves verbatim testament into folk operatic form with the Ivy House itself embodied and imagined as a central character and inhabited by memories beyond its current guests. Sarah Turner films the community’s creative reanimation of the mourned pub through dance, poetry and song. These pub cultural forms are reimagined as ritualized invocation, which both records and creates a vision of social possibility. Here, the ‘real people’ are not actors: they are performers and writers; the activism that saved the pub is a metaphor for social and creative agency.

This is not just a film about resistance; it is a film that itself refuses categorization, reinventing documentary reality as a polyphonic clamour of musical subjectivities.