John Berger, who passed away earlier this year, was a painter, novelist, critic and storyteller.  He is often described as a writer and artist who made documentaries — using the television as a medium. His 1972 television series, Ways of Seeing, made him famous to millions, but his appearances in screen history span daytime magazine programmes, documentaries, pedagogical films and cinematic features. His critical and creative influence, politics and collaborations should situate him as a key figure in experimental television history, yet he remains absent from this discourse. Here, we briefly try to sketch out some thoughts on Berger’s qualities that frame him as a radical broadcaster.

Berger as a Presenter

Berger stands out as a television presenter and participant unlike any other writer or thinker of his generation. A deeply engaging presence, he uses all fleeting transmission time meaningfully: locking his interviewer or audience into a dialogue. Always aware of his on-screen impression, Berger never dominates screen space, but he influences it profoundly. He frames his subject in a lucid, human vocabulary, considering closely who is listening and how his words will be received. Watching Berger on television is to see him in earnest conversation; which fosters an atmosphere of seriousness that is devoid of pomposity. This is partly what makes Berger’s programmes seem anachronistic, as they hold none of the postmodern ‘presenting’ styles of his successors, nor the imperiousness of his contemporaries.

Berger’s screen persona possesses a formal individuality that transfers even to his appearances as a talking head. This stems from Berger’s presenting style and physicality on screen, expressed in his use of space and the dramatic cadence of his voice. Unlike contemporaneous thinkers and artists interviewed in arts programming of the 1960s and 70s, who might mumble a few off-the-cuff observations perched opposite Melvyn Bragg, Berger seizes the moment to transmit a message and tell a story. Berger’s various collaborators, from Jean Mohr to Alain Tanner, but most significantly for television, the director, Mike Dibb, engage and enrich this process.

Typically framed by a mid-range or medium shot, Berger will stare imploringly down the lens of the camera or at his interviewer. Delivered with a percussive range of pauses and interruptions, Berger accents his narrative with controlled vocal dynamics (Berger’s voice can shift from a whisper to a shout in a breath), effectively managing to slow-down or speed-up time – reworking the tempo of broadcast television and absorbing the viewer into an imaginative, often politically radical space. ‘If I am a storyteller, it is because I listen’, he claims. Are these pauses shared moments between Berger and the audience – the manifestation of his role as a listener?

Berger’s performative talents on screen sit in stark contrast to other well-known screen thinkers today. Consider Slavoj Zizek in The Pervert’s Guide to Cinema – Zizek the irreverent dialectician, hosts his film from his bed, or strolls through the scenery of The Birds, and attempts to overturn the heavy ideological baggage of classical cinema as ‘high art’ and turn it on its head. Berger does the opposite – not concerned whether television is respectable, he works with the medium, even championing its potential. In Ways of Seeing, Berger actively plays with the idea of changing channels, he is reflexive within the cultural form, intimating channel hopping as a form of collage undertaken in the home, using this motif to illustrate how our experience of images have radically changed since the age of classical painting. It is worth noting that when it was first broadcast, Ways of Seeing was scheduled alongside Match of the Day on BBC1 and Hawaii Five-0 on ITV. Berger is more than aware that his audiences can check the football score, or catch the big-budget pyrotechnics on ITV during his exposition of The Work of Art in the Age of Mechanical Reproduction. Would we understand Walter Benjamin’s work differently if it was interspersed with snippets of Des Lynam? Berger will have considered this prospect closely.

Conscious also of Granada and the BBC’s preference for the traditional Western canon, Berger moves resolutely beyond this to new ground, examining the work of Moscow sculptor Ernst Neizvesty in 1969 and relating his work to the images of Russia created by and through tourist brochure and Soviet propaganda. He also extends his ideas and approaches to examine advertising in Ways of Seeing, introducing a critical, cultural studies approach to the analysis of visual culture, finding parallels between commercial design and nineteenth century painting. The politics of gazing and gender highlighted here would find parallels in Tina Keane’s 1978 video She (Cosmopolitan) and he discusses the politics of female representation and the male gaze with five feminists in episode two of the series. The programme tries to shift discussion towards the experience of artwork, not the creator or their intention – offering Britain a primer on modern art and literary criticism: the closest Britain would ever get to a mass-media seminar on  Barthes’ death of the author or Foucault’s ‘author-function’. Power is also eroded, or highlighted, through his critique of the construction and manifestation of authority at National art institutions.

In Germinal (BBC/Open U, 1973), he extrapolates what is at stake in Émile Zola’s nineteenth century novel by relating it to the experience of miners in a Welsh pit community of the early 1970s – the film itself broadcast between the miner’s strike of 1972 and the Three Day Week of 1974. Simultaneous to the Welsh miner, he also presents the image of an exploited African worker; they are elsewhere and far away from the Welsh miners, but deeply connected in their labour. Berger extrapolates further, his narrative rippling outwards, stacking stories on top of stories: stories with repercussions; rendering a simple Open University broadcast into a visual network of exploitation and power. Berger takes the viewer to the sources of labour, drawing them into Marxist politics, and unlike the experimental newsreel groups Cinema Action and the Berwick Street Collective, by using the platform of broadcast television. He worked in a style that existed somewhere between these two collectives, combining direct address, as in the former’s films, with formal, pictorial experimentation, evoking the latter. A feminist protester glimpsed in the Berwick Street Collective’s Nightcleaners (1972 – 75) even appears in Ways of Seeing. It was as though these groups were rubbing shoulders with a landscape of light entertainment, news media and sport. Berger was a fellow traveller in political experimentation, if not actual organisation, and not just with these filmmakers but Ken Loach whose banned untitled 1969 Save the Children TV film dared to connect the exploitation of labour in the UK with the same in Kenya.

Berger’s television work usually has his very personal radicalism at the front of his programmes, and it is sometimes his brief appearances as a participant where we find Berger riffing on his ideas, producing improvised crystallisations of his political concerns. Digging through Berger’s archive, his appearance on BBC Two’s The Visual Scene in 1969, illustrates this perfectly. Here, Berger spontaneously extemporizes a theory of life, art and action in seconds of transmission time:

I can imagine a situation where art, as we genuinely now talk about it, doesn’t exist at all.

It seems to me, that action can well take the place of art. That is to say that men, transforming and controlling the world in which they live affectively, will take the place for the desire to transcend that symbolically, as they have previously done in art.

I can imagine that if it is possible to establish a system that is actually democratic, a word one is hesitant to use because of its travesties almost everywhere, but if one can actually imagine a creative democratic society, where people are actively concerned all the time in controlling their own lives, their own work, their own leisure – I can imagine that this is almost a full-time activity – a creative activity that will take the place of art as we recognise it. Art will in fact become reality.

It is tempting to say in notes such as these, that to trace Berger’s career in the moving image narrates the story of arts television. This is not the case  – Berger is an outlier in moving image history. What Berger’s film archive does tell us, however, is the story of Berger’s creative trajectory: from his early appearances as a critic in programmes such as Should Every Picture Tell a Story? in the 1950s, to his shift as a novelist and Marxist educator in the 1960s and 70s, which includes films for Monitor, the Open University and adaptations of his work A Fortunate Man; to his later programmes in the 1980s and beyond, such as About Time, Parting Shots from Animals or Another Way of Telling, where Berger as a creative subject emerges.

Berger’s archive tells stories of its own, many of which are yet to come. It is puzzling, however, that Berger’s television archive remains unexplored and neglected, bar a few enthusiasts. Ways of Seeing is watched by almost every art history class since its broadcast and the book of the programme – a striking text, presented all in bold and with its illustrations all laid out in unusual formations, later influencing Colin Maccabe and Laura Mulvey’s Godard: Images, Sounds, Politics – has also, courtesy of Penguin, never gone out of print.  It remains a notably famous work, but countless other documentaries, appearances and television curios have yet to still emerge.

Should Every Picture Tell a Story? John Berger on Film is at the National Gallery on Saturday, 28th October: https://www.nationalgallery.org.uk/whats-on/calendar/study-day-28-october-2017-1100

Matthew Harle is Research Fellow & Archive Curator at the Barbican. 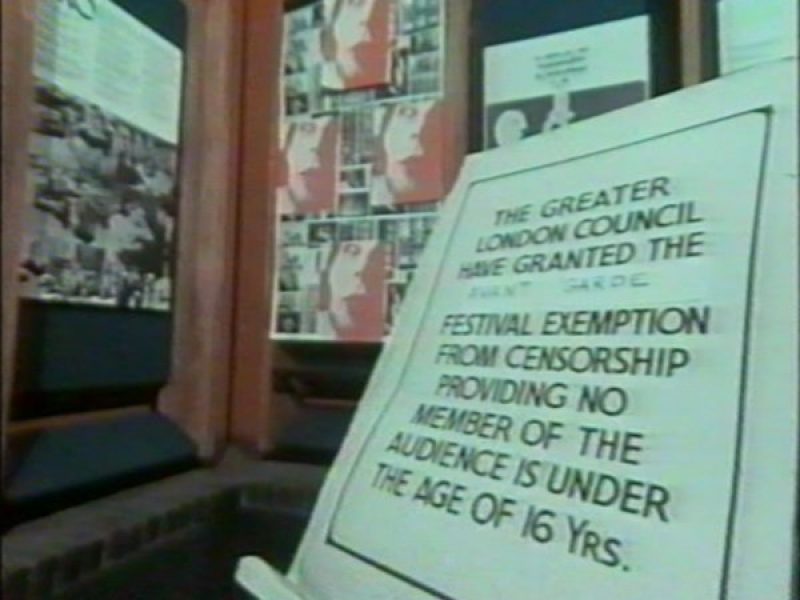 ‘No Smoking, Not Even Pot’ 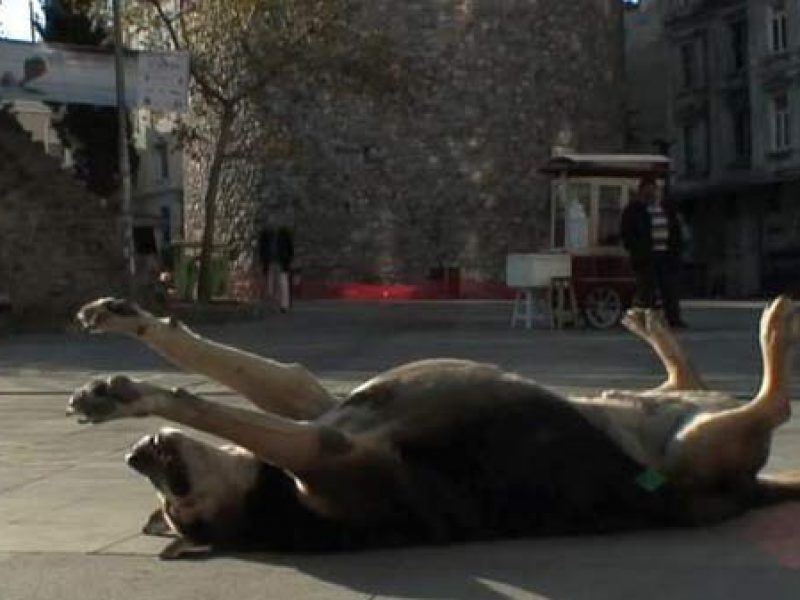 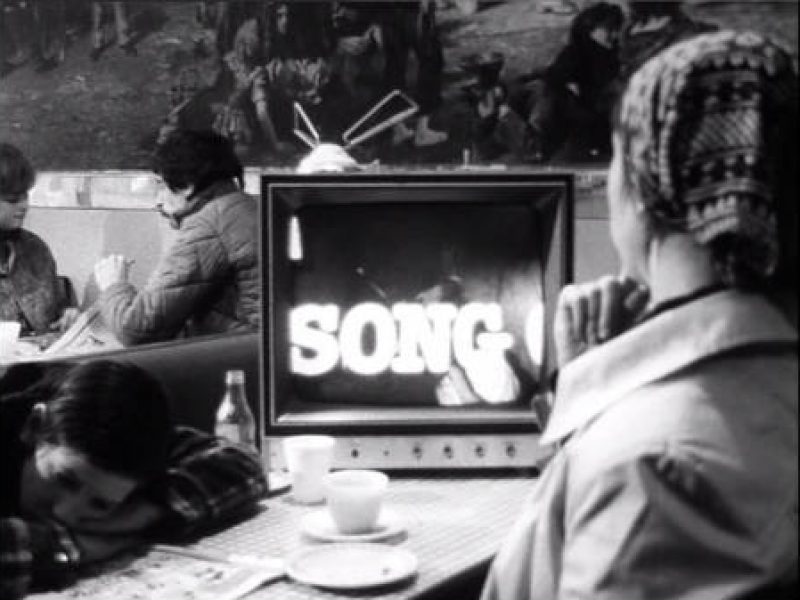 What was British independent film? Part 3: for and against television