Time and Time Again
Cinenova and Women & the Law Collective

Time and Time again: Cinenova and Women & the Law Collective is an exhibition by Cinenova, a volunteer run feminist film and video distributor currently based at LUX, Waterlow Park. Across the four weeks Cinenova will exhibit videos produced by Women & the Law Collective in 1986, alongside a programme of talks and screenings. These films will provide a point of departure for further research, both into the historical aspects of the films’ production and the wider work of Women & the Law Collective; and more broadly the potential for film as a collective tool against state systems of oppression and discrimination.
The three films attributed to Women & the Law Collective are Time and Time Again with Nina Ward, Women in Prison & the Black Female Prisoner’s Scheme, Who Takes the Rap – Immigration with Lai Ngan Walsh and The Life and Hard Times of Susie P Winklepicker with Deborah Hall. This incredible body of work, all produced in the space of one year, explored the state of the UK legal system and its means of control through prisons, immigration law and forced economic dependency to maintain race, class, and gender hierarchies.
Starting from the act of exhibiting the three films as a working process that aims to join up with conversations taking place in the UK today, we ask how these collective projects can be used in response to, and alongside, renewed calls for fundamental change? The exhibition will include a programme of public events and meetings that relate to both specific and wider topics: the closing down of HM Prison Holloway and those fighting for the 8-acre site to be used for collective good, the work and resistance around the prison industrial complex, UK detention centres and the continuing alterations to the British welfare state.
In addition Cinenova will present related ephemera, archival materials and films from the Cinenova collection connected to the issues at stake.
Cinenova is run by a voluntary working group dedicated to the constellation of films, histories and politics that make up Cinenova, believing in the necessity of keeping the collection together and autonomous, rather than dispersed into larger and more general archives or distributors. Time and Time Again at Waterlow Park is organised by the London members of the working group and intends to make public and urgent Cinenova’s actual situation with regard to its ability to preserve, promote and distribute the work in the collection.
For updates on the public programme of events please subscribe to our newsletter www.cinenova.org.
If you would like to get in touch directly in connection to above research and work or if you have any information on the films being shown please contact [email protected]
Cinenova will also be launching a new website during the exhibition for which it is hugely indebted to the work, time and commitment of Tracy Soo-Ming.

Director: Nina Ward, Women and The Law Collective
Country UK
Year 1986
Duration 35mins
Time and Time again – Women in Prison focuses on the lives of women in prison through interviews with four ex-prisoners. It looks at the offences women commit and the reasons why they commit them. It examines the realities of everyday life in prison – the violence, the racism, the forced medication. It explains why women go back: the feelings of worthlessness, of losing confidence and institutionalisation. Finally TIME AND TIME AGAIN shows the need for organisations like Women in Prison and the Black Female Prisoners Scheme which give help and support to women inside and aid the slow process of building a new life outside.

Who Takes the Rap – Immigration

Director: Lai Ngan Walsh, Women and The Law Collective
Country: UK
Year: 1986
Duration: 38mins
Who Takes The Rap – Immigration covers the history of immigration law in Britain from 1903 to the present day. The tape describes how different groups of immigrants arrived for work in the UK, only to find increasingly restrictive laws which kept them in low-paid, unskilled work and identified them as ‘undesirable’. Footage of the Garners’ Steak House strike and the Grunwick strike is included to show how these workers fought back against racism. Specific laws are examined and the tape includes interviews with a number of immigrant women. The voices of two women ‘rappers’ provide the commentary throughout, and the story of one woman’s experience in trying to bring her son into Britain runs intermittently through the tape, reinforcing its theme.

The Life and Hard Times of Susie P. Winklepicker

A part-dramatised, often humorous, documentary showing some of the ways the state and the system have pushed women into economic dependence on men in different historical periods, the fights waged against this and the situation at the present time. The tape deals with social security law, relating to the Poor Law during the nineteenth century, as well as the recent Social Security Act (in 1986 still only a set of proposals), and with various aspects of work and marriage as affected by the law. It is more of a starting point for discussion than a means of getting across detailed information about legal rights.

Cinenova was founded in 1991 following the merger of two feminist film and video distributors, Circles and Cinema of Women. Each was formed in the early 1980s in response to the lack of recognition of women in the history of the moving image. Both organisations, although initially self-organised and unfunded, aimed to provide the means to support the production and distribution of women’s work in this area, and played critical roles in the creation of an independent and radical media.
Cinenova currently distributes over 500 titles that include experimental film, narrative feature films, artists’ film and video, documentary and educational videos made from the 1920s to the present. Cinenova holds a large collection of paper materials, books and posters related to works it distributes, and the history and politics of film and video production. The thematics in the work at Cinenova include oppositional histories, postcolonial struggles, domestic and care work, representation of gender and sexuality, and importantly, the relations and alliances between these different struggles. The Cinenova working group runs a monthly programme titled Now Showing. The series intends to materialise relationships between contemporary artist moving image practice and the feminist and organising legacies present in the Cinenova collection.
www.cinenova.org 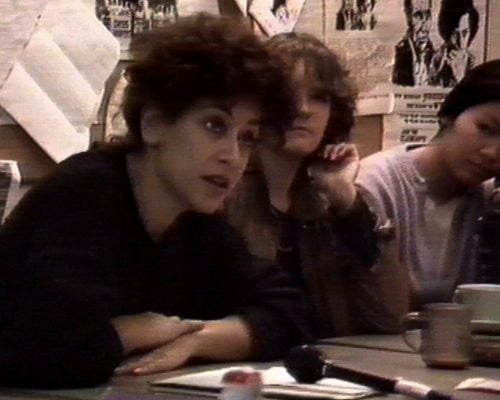 Something is wrong* – a public meeting 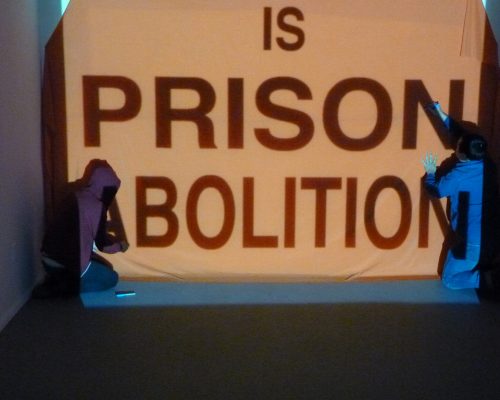