LUX » Events » Workshop » something made from scratchan ILLTH workshop

something made from scratch
an ILLTH workshop

Taking inspiration from Carolyn Lazard’s film A Recipe for Disaster (2017) (currently on exhibition in Cinenova’s show at LUX if you can’t share no one gets any), and their essay How to be a Person in the Age of Autoimmunity (2013), Rita Munus presents a two hour workshop that aims to nudge open the door to your own creative writing practice and fuel discussion in regards to being chronically ill.

The workshop is for people who identify as chronically ill (in a persistent and recurring way/in a long-lasting or habitual and problematic way) be it physical or mental, visible or invisible, but one which repeatedly gets in the way of your life and how you might want to live it.
We will explore feelings around chronic illness through creative writing, discussion, shared experience and community building. Through short exercises we want to show participants how they can start to be able to write about their lives, and how exciting writing can be as a tool when living with chronic illness. The workshop will consist of writing exercises, meditations, musings and discussion but nobody need share what they’ve actually written.
No writing experience necessary!
Contact us with any questions at [email protected]
If you have previously attended the Sick! (ILLTH) workshop but would like to attend this one, please email to be put on a waiting list as we are keen to offer places first to new people.

Rita Munus are Sophie Brown and Charlotte Heather who run writing workshops and events with a focus on creative practice as a vehicle for discussion and exploring our own thoughts and feelings on subjects such as chronic illness, queerness, otherness and capitalism.

Cinenova is a volunteer-run charity preserving and distributing the work of feminist film and video makers. Cinenova was founded in 1991 following the merger of two feminist film and video distributors, Circles and Cinema of Women, each formed in the late 1970s/early 1980s. Cinenova currently distributes over 300 titles that include artists’ moving image, experimental film, narrative feature films, documentary and educational videos made from the 1920s to the late 1990s. The thematics in these titles include oppositional histories, post-colonial struggles, representation of gender, race, sexuality, and other questions of difference and importantly the relations and alliances between these different struggles.
The Cinenova Working Group, founded in 2010, oversees the ongoing work of preservation and distribution, as well as special projects that seek to question the conditions of the organisation.
http://www.cinenova.org/ 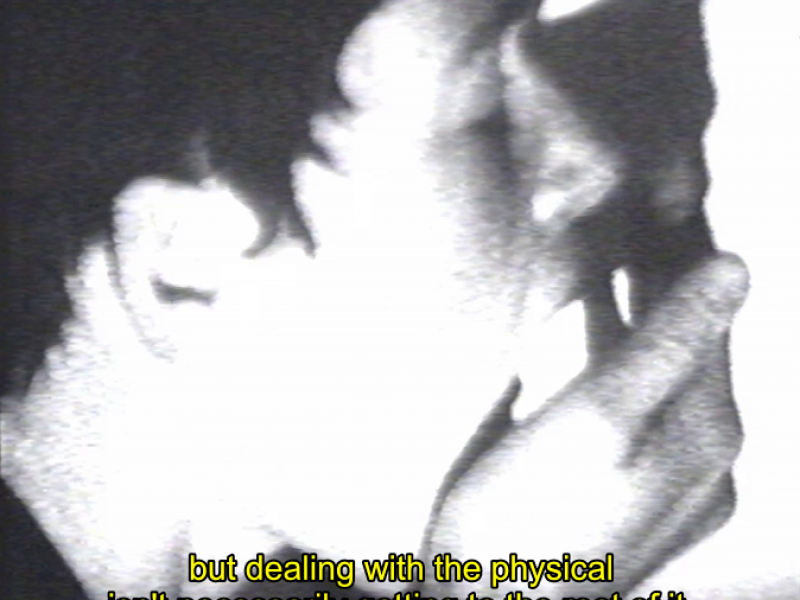 Breakfast Opening
if you can’t share no one gets any 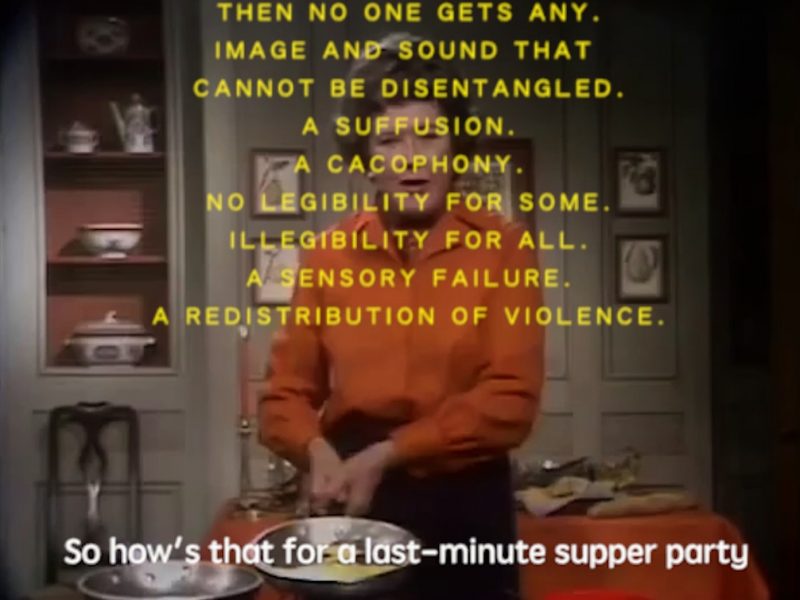 BL CK B X:
if you can’t share no one gets any
Cinenova with Carolyn Lazard and Collective Text