Movement and Handling: Selected Works from the LUX Collection

Slides by Annabel Nicolson and Girish Shambu’s manifesto For a New Cinephilia are used as starting points from which to construct Movement and Handling, Selected Works from the LUX Collection. Nicolson’s fascination with fragments of older films and the transience of construction suggests a link with Shambu’s new cinephilia – a transient place between online and real-life. Building a programme around Slides, the films selected emphasize questions relating to an uncertain construction and the tactility and materiality of their respective mediums.

“Slides came about through some fascination with the phenomena of matter, its frailty and transience, the oddness of tiny filmed images from my earlier work lying around. […] images were created by movement and handling, literally keeping in touch with the elements” – Annabel Nicolson

“[…] the new cinephilia wants to multiply a diversity of voices and subjectivities, and a plethora of narratives about cinephilic life and experience. The new cinephilia, which lives comfortably both as URL (on the internet) and IRL (“in real life”), is a self-conscious cinephilia, in that it foregrounds the social situatedness—the subject positionality—of the cinema lover.” – Girish Shambu 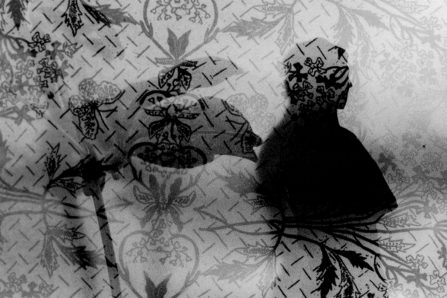 About the MRes Art: Moving Image

The MRes Art: Moving Image course at Central Saint Martins, University of the Arts London, is a two-year programme taught in association with LUX and closely tied to the British Artists’ Film and Video Study Collection at CSM, designed to appeal to writers and artists as well as those with an interest in art research. It develops in-depth knowledge and exploration of one of the most visible and fast-growing contexts for arts practice.