We are delighted to present the first London screening of Sky Hopinka’s work. Hopinka is an Indigenous American artist and activist whose poetic and visually complex moving image works explore personal positions of homeland and landscape, the precarity of indigenous languages and the notion of language as a container of culture.

Language occupies a central place in his work, which is largely concerned with issues of language preservation and transmission. Hopinka, who is fluent in Chinuk Wawa and active teaching it, has contributed to its revival the Pacific Northwest.

“Sky Hopinka’s film work scrutinizes the layered structure of identity in relation to homeland, landscape and language. Like puzzles, his films are constructed with fragmented and superimposed images. Watching them is like experiencing memories inside of a dream, their fragments recomposed without any particular order by the unconscious. This does not make the result less truthful; quite the opposite, it is more real than ever.” (Almudena Escobar López: Afterimage)

Sky Hopinka will also present his work at the Berwick Film and Media Arts Festival on Friday 21st September. His film Dislocation Blues was the 2017 winner of the New Cinema competition at Berwick.

The screening at LUX will be followed by a conversation between the artist and Matthew Barrington (BIMI/Essay Film Festival).

Kunįkaga Remembers Red Banks, Kunīkaga Remembers the Welcome Song (20114, 9 min)
The video traverses the history and the memory of a place shared by both the Hočąk and the settler. Red Banks, a pre-contact Hočąk village site near present day Green Bay, WI was also the site of Jean Nicolet’s landing, who in 1634 was the first European in present day Wisconsin. Images and text are used to explore this space alongside my grandmother’s recollections. Each serve as representations of personal and shared memory, as well as representations of practices and processes of remembrance, from the Hočąk creation story, to Jean Nicolet’s landing, to the present.

Jáaji Approx. (2015, 7min)
Logging and approximating a relationship between audio recordings of my father and videos gathered of the landscapes we have both separately traversed. The initial distance between the logger and the recordings, of recollections and of songs, new and traditional, narrows while the images become an expanding semblance of filial affect. Jáaji is a near translation for directly addressing a father in the Hočak language.

Anti-Objects, or Space Without Path or Boundary (2017, 13min)
The title of this video, taken from the texts of the architect Kengo Kuma, suggests a way of looking at everything as “interconnected and intertwined” – such as the historical and the present and the tool and the artifact. Images and representations of two structures in the Portland Metropolitan Area that have direct and complicated connections to the Chinookan people who inhabit(ed) the land are woven with audio tapes of one of the last speakers of chinuk wawa, the Chinookan creole, chinuk wawa. These localities of matter resist their reduction into objects, and call anew for space and time given to wandering as a deliberate act, and the empowerment of shared utility.

Dislocation Blues (2017, 17 min)
An incomplete and imperfect portrait of reflections from Standing Rock. Cleo Keahna recounts his experiences entering, being at, and leaving the camp and the difficulties and the reluctance in looking back with a clear and critical eye. Terry Running Wild describes what his camp is like, and what he hopes it will become.

Fainting Spells (2018, 11 min)
Told through recollections of youth, learning, lore, and departure, this is an imagined myth for the Xąwįska, or the Indian Pipe Plant – used by the Ho-Chunk to revive those who have fainted. 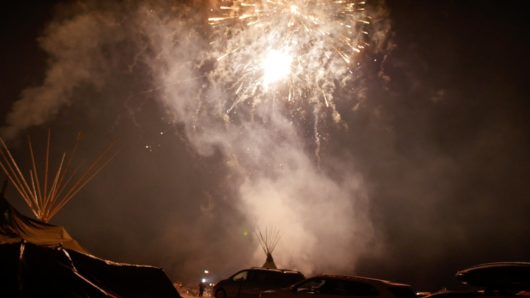 Sky Hopinka (Ho-Chunk/Pechanga) was born and raised in Ferndale, Washington and spent a number of years in Palm Springs and Riverside, California, and Portland, Oregon and is currently based out of Milwaukee, Wisconsin. In Portland he studied and taught chinuk wawa, a language indigenous to the Lower Columbia River Basin. He received his BA from Portland State University in Liberal Arts and his MFA in Film, Video, Animation, and New Genres from the University of Wisconsin-Milwaukee. His work has played at various festivals including ImagineNATIVE Media + Arts Festival, Images, Wavelengths, Courtisane, Ann Arbor Film Festival, Sundance, Antimatter, Chicago Underground Film Festival, FLEXfest, and Projections. His work was a part of the 2016 Wisconsin Triennial and the 2017 Whitney Biennial. He was awarded jury prizes at the Onion City Film Festival, the More with Less Award at the 2016 Images Festival, the Tom Berman Award for Most Promising Filmmaker at the 54th Ann Arbor Film Festival, the New Cinema Award at the Berwick Film and Media Arts Festival and the Mary L. Nohl Fund Fellowship for Individual Artists in the Emerging artist category for 2018.

Matthew Barrington is a researcher, writer and curator based in London. He is currently working on his PhD at Birkbeck College, London which focuses on Slow Cinema. He is the Manager of the Birkbeck Institute for the Moving Image and a programmer for the Essay Film Festival and the London Korean Film Festival. 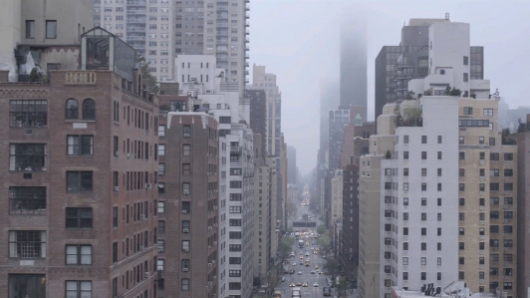 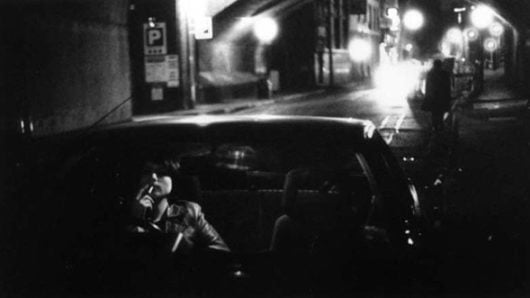