Adjacent to Waterlow Park where LUX is based is Highgate Cemetery, one of London’s finest cemeteries and the final resting place of a number of extraordinary people. During the lockdown when visiting the cemetery is difficult, LUX, in partnership with the Cemetery is organising a series of online virtual visits with thinkers and artists reflecting on life and work of some of the inspirational people buried there.

The first event is a discussion on the life and legacy of Claudia Jones (1915–1964), the pioneering and inspirational Afro-Caribbean radical intellectual, dedicated communist, and feminist who is buried in Highgate Cemetery close to Karl Marx. We will be joined by Carole Boyce Davies, Professor of Africana Studies and English at Cornell University and Claudia Jones scholar, author of Left of Karl Marx: The Political Life of Black Communist Claudia Jones (2008) and editor of a reader of Jones’ writing Claudia Jones: Beyond Containment (2010) and artist Rhea Storr, who in her recent film works has investigated carnival as a space of both celebration and protest, exploring their social structures, costume and language.

Claudia Cumberbatch Jones was born in Trinidad. In 1924, she moved to New York, where she lived for the next thirty years. She was active in the Communist Party from her early twenties onward. A talented writer and speaker, she traveled throughout the United States lecturing and organizing. In the early 1950s, she wrote a well-known column, “Half the World,” for the Daily Worker. As the U.S. government intensified its efforts to prosecute communists, Jones was arrested several times. She served nearly a year in a U.S. prison before being deported and given asylum by Great Britain in 1955. In the UK she became a leader in the Black equal rights movement that was emerging in London’s Notting Hill and founded The West Indian Gazette, one of the first Black newspapers in the UK. She believed that “a people’s art is the genesis of their freedom” and in 1959 was one of the founders of the Caribbean Carnival, an annual London festival that continues today as the Notting Hill Carnival.

This talk is presented as part of Highgate Festival 2020

We are also pleased to show one of Rhea Storr’s recent works Bragging Rights, part of a series of works exploring the space and politics of carnival.

THE SCREENING HAS NOW ENDED

Bragging Rights explores the spaces and social hierarchies of Junkanoo, a carnival of the Bahamas. An insight into the drive behind the year long costume production which culminates in the Boxing Day and New Years Day parades every year. 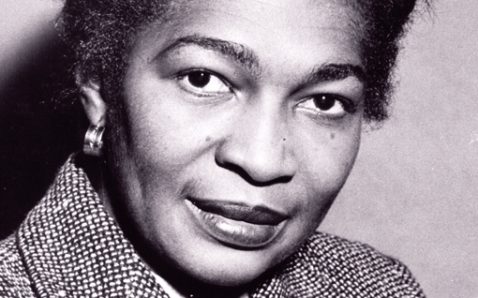 Rhea Storr (b. 1991, Leeds, UK) is an artist based in London. Her practice spans moving image, drawing and writing. She received an MA in Contemporary Art Practice from the Royal College of Art (2017) and a BFA from The Ruskin School of Drawing and Fine Art, University of Oxford (2013). She makes work about black and mixed-race identities, asking where images fail or resist us. She often works on 16mm film. Recent screenings include National Museum of African American History and Culture, US, European Media Art Festival, Hamburg International Short Film Festival, Kassel Doc Fest, Berwick Film and Media Art Festival and Aesthetica Short Film Festival. She is the winner of the inaugural Louis Le Prince Experimental Film Prize and teaches workshops at the film co-operative Not Nowhere.