The London Korean Film Festival’s ‘Artist Video’ strand – programmed and presented in partnership with LUX – brings the work of Korean artists working with the moving image to the UK.

Like many of his contemporaries in Korea, Park Chan-kyong’s creative path has always been dynamic. After cutting his teeth as an art critic, Park has gone on to produce multimedia artworks, curate large-scale exhibitions and also create moving image works, sometimes in collaboration with his brother Park Chan-wook (The Handmaiden). Running through his practice, we find a deep engagement in modern Korean history, in particular the separation of North and South and the wider geopolitics of the Cold War era. In this programme we present three formally different works which are connected by their interest in what seems ungraspable, and even absurd, about the relationship between the two countries.

With an introduction by Helen de Witt, lecturer at Birkbeck University of London and programme advisor for BFI London Film Festival Experimenta.

Sets (2000) is a photo essay, originally exhibited using an automatic slide-projector loaded with 160 35mm slides. The images are divided into three categories: Seoul as imagined through North Korean film sets, taken from a film studio in Pyongyang; film sets for Park Chan-wook’s Joint Security Area (2000); and a mock village used by the South Korean army reserve for training. Here Park reveals how the North and South have manifested themselves in the imagery of the other side and explores the tension between photographic images and the grim reality. In Park’s own words, “In the same way that we see in films about real historical events, we have come to realise that history deploys itself in part through intensely fictionalised, militarised and deeply masculinised narratives.”

Flying (2005) is an uncanny document of the historic 2000 summit between South Korean President Kim Dae-jung and North Korean Leader Kim Jong-il, the first time leaders of both countries had met since the Korean war. The film utilises mainly unused footage, shot by news channels, of the flight between Seoul and Pyongyang, and the subsequent welcoming ceremony, set to the first part of Yun Yi-sang’s 1977 Double Concerto. Yun was an acclaimed composer whose work sought to apply East Asian aesthetics to Western classical structures, who visited North Korea several times for his research, and was eventually accused of pro-North Korean activities and being close to Leader Kim Il-song. As a result, his music was banned in South Korea until shortly before his death in 1995. Park layers the film using these sources – the news footage, Yun’s music, and his own text – resulting in a work that resists any attempts to contain the complexities of the summit, and instead proposes something more ambiguous and unsettling.

Believe It Or Not (2018) – a project by PARKing CHANce (the collective name used by Park Chan-kyong and Park Chan-wook) – follows the dramatic life of a North Korean woman who is sent to Seoul for some unknown mission then brought back to the North ten years later. Through the help of government officials from both sides, she is able to move back and forth between the two countries. However, the exact roles she serves, and what each side hopes to achieve through her undertaking remains uncertain to viewers. In contrast to the more structuralist approach of Sets and Flying, this film introduces a number of meticulously composed symbolic elements, such as the North Korean interrogation room and the Seoul apartment of the protagonist being only opposite sides of the same wall. Through this, the directors convey the almost hyper-real theatricality of the narrative, which was developed from their research into North Korean defectors and their experiences. Over many years of division‚ North and South Korea have become like a hall of mirrors, constantly reflecting and distorting the image of the other, to the point where it has become almost impossible to separate reality from fiction. 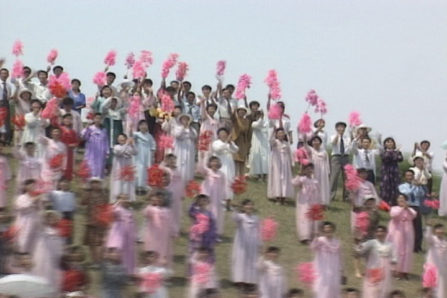 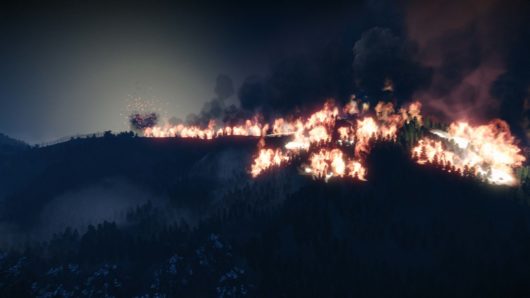 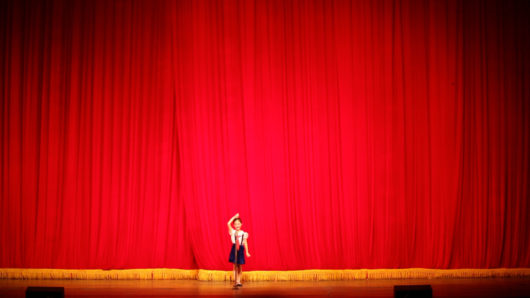