Dragging a wheelie case behind them, Ashley arrives at an isolated beachside cottage. They hope that this weekend in the countryside might be the change they need: a change from depression, from heartbreak, from the pain of a shifting identity. As the weekend unfolds, however, their hope wavers: things go wrong in their body, or perhaps in their mind — or perhaps there really is something, outside, developing an appetite for them…

Ashley is a semi-autobiographical rural horror film filmed on the West Coast of Scotland, designed for cinema viewing. Its only character is played onscreen by the artist, and voiced in narration by the poet and performance maker Travis Alabanza. Drawing on the conventions of the rural horror genre (seen in television series such as the BBC’s West Country Tales, 1982–83) and of Margaret Tait’s work in the Scottish landscape tradition, the film takes an experience of modern femininity and mines it for terror. In doing so, it animates the fears, stresses, and vivid transformations of a certain kind of trans life.

Alongside the film itself, the exhibition includes Ashley’s oil (2020), a room scent co-composed by Jamie, Charlotte Percival, John Turrell, and Tom Turrell, who shot Ashley together in July 2019. Reflecting the landscape of the film, as well as memories of filming it, the oil brings the redolence of wet, woody things into the gallery, as well as citronella to repel midges.

In the library an untitled collage on a dark grey felt board includes an oil pastel drawing by Jamie, as well as the original title cards filmed for Ashley’s opening, intertitles, and credits.

To accompany the exhibition Jamie Crewe presents a recorded artist’s talk in which they discuss a technique that recurs throughout their practice. They have named the technique PEOPLE HAVE COME, and it describes courting and avoiding publicness. For certain kinds of people the desire to be seen, recognised, and understood is as powerful as the urge to hide, be illegible, and repel investigation. In reference to Ashley, as well as to other works and experiences, this talk traces eruptions of this ambivalent seam in Jamie’s life and practice. PEOPLE HAVE COME will be available online on the LUX website for the duration of the show.
NOTE: The exhibition is closed for the holiday from 21 Dec 2020 to 4 Jan 2021.

Online Event
Artist’s Talk: PEOPLE HAVE COME
3 December – 30 January on the LUX website
As part of the exhibition Jamie Crewe presents a recorded artist’s talk in which they discuss a technique that recurs throughout their practice.

MEN’S WORK
Thu 17 December at cytu.be/r/menswork
Men’s Work is an online screening of material that has informed the development of Jamie Crewe’s Ashley (2020). The screening will feature TV episodes and radio excerpts, dating from the late 1970s to the early 1990s, that base themselves in newly bought or renovated rural cottages. Between these episodes will be recorded readings of texts that inspired Jamie in the writing and conception of Ashley.

Visiting LUX
We are delighted to reopen the gallery on 3 December with additional safety measures in place.
Opening hours: Wed-Sat, 12-4pm
The LUX library and shop are currently closed.
Safety Information:

If you have special access needs to attend our events or cannot physically visit the exhibition please contact us at +44(0)20 3141 2960 or [email protected] Online screening of Ashley (2020) will be available upon request.

Presented by LUX and LUX Scotland
Supported by On & For Production and Distribution, an initiative co-funded by the Creative Europe Programme of the European Union

Jamie Crewe is a beautiful bronze figure with a polished cocotte’s head. They grew up in the Peak District and are now settled in Glasgow.
They have presented several solo exhibitions: Solidarity & Love, Humber Street Gallery, Hull (2020); Love & Solidarity, Grand Union, Birmingham (2020); Pastoral Drama, Tramway, Glasgow (2018); Female Executioner, Gasworks, London (2017); and But what was most awful was a girl who was singing, Transmission, Glasgow (2016). Their work has also been presented as part of I, I, I, I, I, I, I Kathy Acker at the Institute of Contemporary Arts, London (2019); as part of the KW Production Series at Julia Stoschek Collection, Berlin (2018); as part of the Glasgow International 2018 Director’s Programme in the group show Cellular World at GoMA, Glasgow; and as part of the Artists’ Moving Image Festival 2016 at Tramway, Glasgow.
In 2020 they were awarded one of ten Turner Bursaries on the basis of their sister exhibitions at Humber Street Gallery, Hull, and Grand Union, Birmingham. In 2021/22 they will be part of British Art Show 9, which will tour Wolverhampton, Plymouth, Aberdeen, and Manchester. 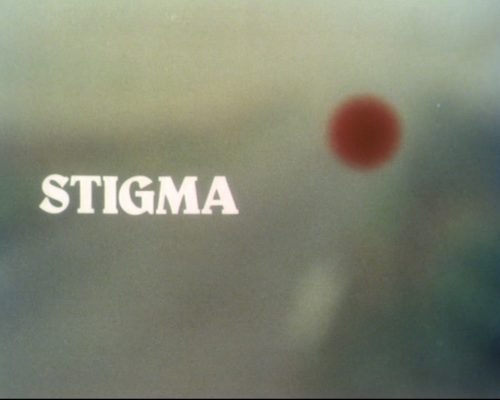 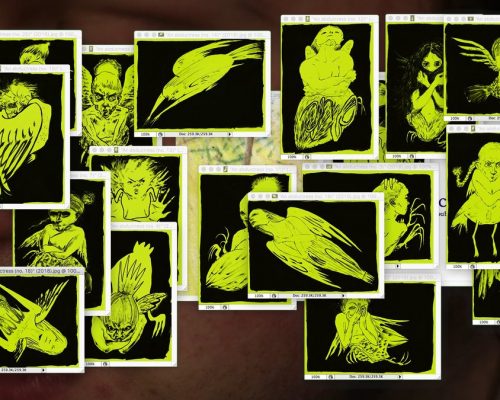