Embeddedness: Artist Films and Videos from Korea 1960s to Now

The first survey in the UK of Korean artists’ films and videos attempts to unwrap the particularity of experimental film and artist moving-image making over five decades from 1960s until now. The series focus on the ways in which artists in South Korea have addressed the intrinsic conditions of cinema – namely duration and the collective viewing experience – and the changing social and political context that have defined the ways artists have been able to work. These screenings will attempt to map the continuities across various generations and the crucial role of artists organisations from the pioneering group AG and work of founding member Ku-lim Kim in the 1960s to the ongoing activities of the EXiS festival that have supported artists practice with film and video in Korea. 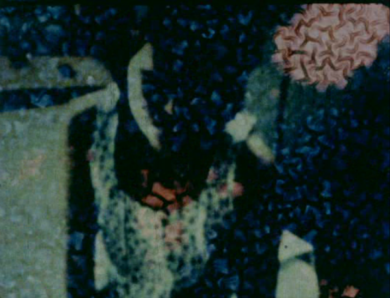 Events in this series:

Pioneers: From AG to Kaidu

The opening programme focuses on pioneering works from the 1960s and 1970s including Kim Ku-lim’s The Meaning of 1/24 Second 1969, considered the first experimental film work from Korea and Lee Ik-tae’s From Morning To Evening 1970, considered the first Korean independent film. Working under restrictive political conditions, state censorship and with limited access to equipment or resources, artists either had to self-organise – through groups such as Avant-Garde (A.G.) and cinepoem coterie 시네·포엠 동인회 1964, The Fourth Group / 4집단 1970 and Moving Image Research Group 映像研究會영상연구회 1973 or work within the academy – such as women’s filmmaker group Kaidu 카이두 founded at the Ewha Womans University in the 1970s.

This programme features key works that show the opening up of artists’ film production in Korea following the democratic movements of the 1980s and 90s. Artists featured here arrived at experimental film from a number of different trajectories – as a form of rebellion against conventional film-making or having returned to Korea from studying overseas bringing a new awareness of international art and theory. The 1990s saw the founding of organisations such as the Korean Independent Film Association and the 1st Experimental Film Festival in 1994 held under the title Ecstatic Visions: The Aesthetic of New Media Film.

This screening celebrates works produced by contemporary Korean artists within a wider global context, featuring works by the generation who came of age during the social and political opening up of Korea and have enjoyed unprecedented opportunities, cultural mobility and technological access. These works reflect on the original concern of early experimental films, yet they are produced and screened within the various new media exhibition platforms of the contemporary Korean and international art world.

Followed by discussion with Im Heung-Soon.