In the culminating event of her three month residency serving as the Goethe at LUX Artist in Residence, Liz Rosenfeld will present a new film work entitled, Fuck Tree. After spending time in LUX film archive, Liz came across Luther Price‘s film, Sodom (1989.) At the time of its completion, Sodom was questioned by the far left and far right for its depiction of the AIDS Crisis and reflections of ‘pre- AIDS’ gay culture. After extensive research into the history, methodology and imagery of Sodom, Liz decided to create a new film which portrays an infamous tree in the cruising area of Hampstead Heath and reflects on her own questions relating to queer historical public space and shifting ecologies. While in residence at LUX, Liz has been conducting creative research regarding questions dealing with queer dystopia, a positive embrace of apocalypse, invisible genocide, and drawing parallels between the way information was publicly disseminated in the early days of the AIDS/ HIV crisis, and the current spread of information about  climate change and environmental destruction. She has made Fuck Tree as a companion piece to Sodom, specifying that it can only ever be screened publicly alongside Luther Price’s film.

Following the screening Liz Rosenfeld will be in conversation with Performer/ Producer/ Lecturer R Justin Hunt.

The screening is part of CRUISING GROUND, LUX’s summer-long programme of events exploring the cultural and historical heritage of cruising in North London in partnership with CRUSEV. 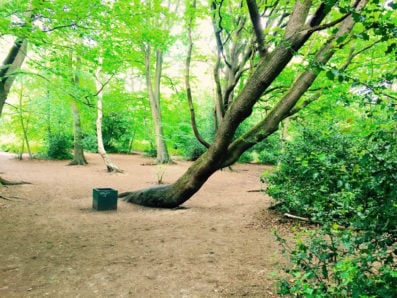 Liz Rosenfeld is a Berlin based artist utilizing disciplines of film, video and live performance, to convey a sense of past and future histories. Rosenfeld is invested in concepts of how history can be queered and experienced through the moment and the ways in which it is lived and remembered. She explores how we identify ourselves with in/out community and social poly-relationship configurations. She is currently The Goethe Institute artist in Residence at LUX. During her residency, Liz will continue her creative body of research that she has been working on for the last year and half regarding the themes and characters in her first feature film, a futuristic queer speculative fiction work, FOXES. During her time at LUX, Liz will conduct creative research regarding questions dealing with queer dystopia, a positive embrace of apocalypse, invisible genocide, and drawing parallels between the way information was publicly disseminated in the early days of the AIDS/ HIV crisis, and the current state of climate change and environmental destruction. There will be various events associated with Liz‘s residency throughout June and July.

R. Justin Hunt is a performer, producer and lecturer based in London. He is one-third of I’m With You a performance producing collaborative. He is one-half of the Haus of Husbands which runs the international touring salon Naked Boys Reading. He is more well known as his other half, Dr Sharon Husbands, everyone’s favourite know-it-all drag queen. In other fractions he is Executive Producer of Chisenhale Dance Space, Adjunct Professor of Sexuality Studies at Syracuse University, London and a Trustee of the Raze Collective. 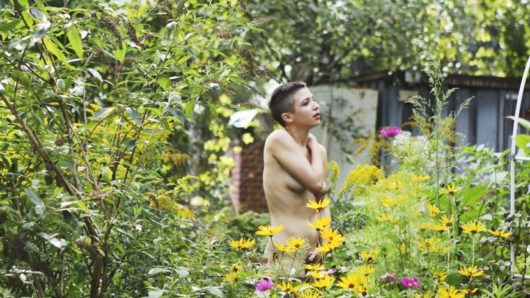 Past event Cinenova Presents: When We Are Together We Can Be Everywhere (Marit Östberg, Germany, 2015) with Liz Rosenfeld Wed 5 Jul 2017