WORDS, PLANETS is the first solo exhibition of Laida Lertxundi’s work in the UK, presented across two venues in London (LUX) and Glasgow (Tramway) simultaneously. Lertxundi was born in Bilbao, Spain, and makes 16mm films primarily in and around Los Angeles, where she has lived and worked for more than a decade. Her work is intrinsically and inextricably connected to the California landscape and psyche. Beautiful and enigmatic, her 16mm films bring together ideas from conceptual art and structural film with a radical, embodied, feminist perspective. “Lertxundi’s films leave one shaken by a delicate power of form and feeling that is all the more forceful given their brevity, always under 15 minutes.” (Erika Balsom)
The exhibition features the European premiere of a new film installation, WORDS, PLANETS. The work forms part of a larger project called ‘Landscape Plus’, an 11-part series of films and installations, which each deal with a particular geography and subject of study. Each section of ‘Landscape Plus’ is conceived as a structural exercise, lived experience or memoir, which together form an embodied series of experiments that link a formalist film practice to intricate literary forms from Spain and Latin America.
Raul Ruiz’s On Top of the Whale (Het dak van de walvis, 1982) is shown on a monitor in the LUX library, where a copy of Ruiz’s Poetics of Cinema can also be consulted.
Shot in Holland in roughly a week without a script, On Top of the Whale is as much a delirious visually stunning satire of imperialism and the social sciences as it is a reflection on Ruiz’s personal exile from his native Chile.

WORDS, PLANETS
Laida Lertxundi
2018, multi-channel installation, 11 min, colour, sound
This film applies the six principles for composition delineated in ‘Opinions on Painting by the Monk of the Green Pumpkin’, written by the eighteenth-century Chinese painter Shih-T’ao as referenced in Raúl Ruíz’s essay ‘For a Shamanic Cinema’ (for example, ‘draw attention to a scene emerging from a static background’ or ‘add scattered dynamism to immobility’). The film is composed of scenes with non-actors, and texts by R.D.Laing and Lucy Lippard.
Filmed and recorded in Habana, Cuba; Los Angeles; Devil’s Punch Bowl; Ryan Mountain; Jurupa Hills, Pasadena and Idyllwild, California.
This exhibition was made possible with generous support from CGP London, with thanks to Valeria Sarmiento, George Clark, and Beatrice Gibson.

Laida Lertxundi (b. Bilbao, 1981) works with moving image, photography and printmaking, documenting the Californian landscape while engaging with questions of affect and subjectivity in relation to geography. Her main body of work is shot on 16mm film in a process she calls ‘Landscape Plus’, which combines filmic records of people and places with an emphasis on diegetic sound and music, resulting in languid passages of cinematic language, bodily desire and existential awareness. She employs a fragmentary approach to editing in which cinematic forms of storytelling are replaced by a focus on process and materiality. Her work highlights the tension between form and the experience that will always exceed it.
Lertxundi received a MFA from the California Institute of the Arts and a BFA from Bard College. She has had solo screenings and exhibitions at the Museum of Modern Art, New York (2017); fluent, Santander (2017); Tabakalera, San Sebastián (2017); Tate Modern, London (2016); Vdrome (2014); La Alhondiga, Bilbao (2014); and Marta Cervera Contemporary, Madrid (2013). Her work has been featured in the Made in L.A. Hammer Biennial (2016); Bienal de La Habana, Cuba (2015); Al’s Grand Hotel, Frieze Projects, New York, (2014); LIAF, Biennial, Norway (2013); the Lyon Biennale (2013); and in the Whitney Biennial, Whitney Museum of American Art (2012).
She teaches in the Fine Art and Humanities programmes at the Art Center College of Design in Pasadena and is Chair of the Filmmaking and Moving Image Department at Elias Querejeta Film School in San Sebastián. 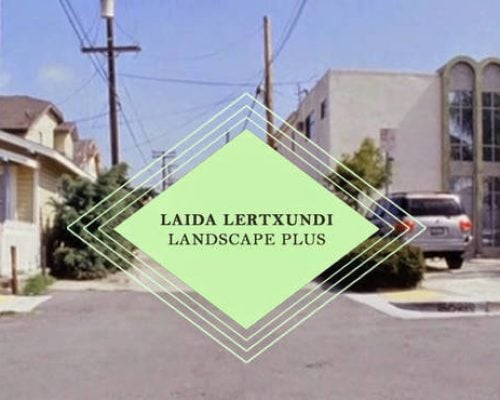 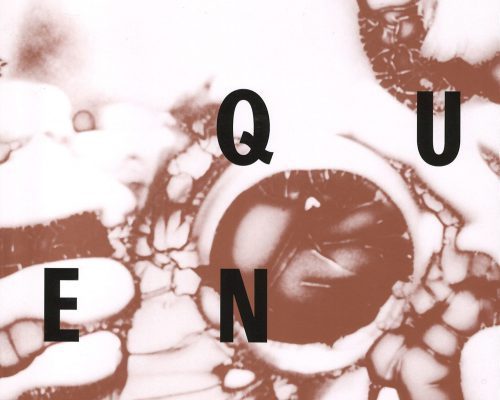 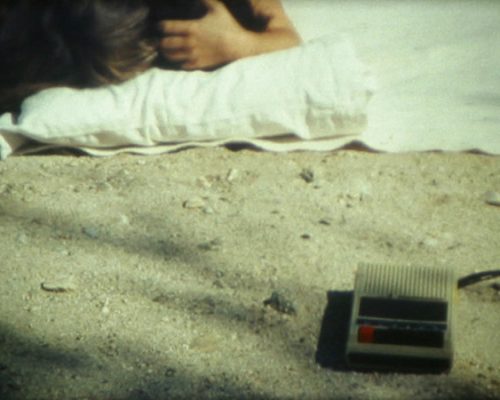