“I will have failed if the consensus is that I have simply made a video about having a baby. This is a video about time and labour (and identity/growth/momentum/rage/humour). It is also a video about names and biography.” – Kathryn Elkin

In this “pregnancy and baby” video—as the artist describes it—Kathryn Elkin tackles, with her usual sense of humour and irreverence, issues around motherhood, labour and creation, personal biography, being an artist and the transforming pregnant body. Queen was conceived and shot during the artist’s pregnancy and first months of parenthood. Having just acquired a new life role, Elkin sets out to dismantle the relationship between identity and performance. Is she a mother? Or is she performing motherhood? And for someone for whom the performance of the self is an artistic labour, how does this new form of “labour” come into the equation? As she writes, “we all experience feelings of performance and falseness in our interactions, personal and professional, perhaps mostly due to harbouring a fantasy of an essential self. The pleasure horror and necessity of our constructed individuation is a territory I am very attracted to”.
Queen is also a work about community-making that highlights the importance of friendship and exchange in artistic practice, and features a number of artists based in Newcastle where the video was developed—Katie Bentham, Grace Denton, Heather Bonnie Reid, Rene McBrearty, Holly Argent, Deanna Smith—who are all seen “performing” their artistic labour and bowling with Elkin. The bowling alley is of particular personal significance (her mother worked in one) whilst the bowling bowl provides a humorous metaphor for the pregnant body. Elkin also collaborated with Ben Wallers, aka the Rebel, on the soundtrack. “I want to break free”, they sing.

Kathryn Elkin (Belfast, 1983) is an artist working with performance, video and writing. Her idiosyncratic, self-reflexive and at times hilariously absurd video works deal with roleplaying and improvising, often resembling simplified versions of music videos and TV talk shows. In her work, Elkin fuses biographical memory with shared cultural memory (popular music, television and cinema), offering a comparison of the way in which we experience art to the ways and means it is understood culturally.
Queen was first presented at BALTIC 39 and was produced in the context of the Warwick Stafford Fellowship. BL CK B X: Kathryn Elkin is Elkin’s first solo show in London.

Kathryn Elkin (born in Belfast, 1983) is a graduate of Glasgow School of Art (2005) and Goldsmiths College (2012) and former LUX Associate Artist (2013). She is currently based in Berwick Upon Tweed. Elkin’s performance and video works concern the live encounter and roleplay, framed by experiments with the outtake, the interview and humour. She has an ongoing interest in shared cultural memory (as produced by popular music, television and cinema) and the melding of this information to biographical anecdotes. She was a participant in the BBC project Artists in the Archive in 2014, and completed a solo exhibition at CCA Glasgow titled ‘Television’ in 2016. She has shown work throughout the UK, including ICA, Tate Modern, Collective Gallery, Transmission, S1 and CCA Derry as well as exhibiting in Montreal and Shanghai. She has screened works at festivals internationally, including Courtisane Festival, London Film Festival, Oberhausen festival, Seoul International New Media Festival and Union Docs, New York. 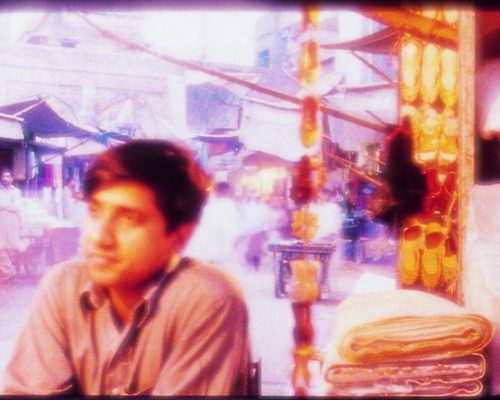 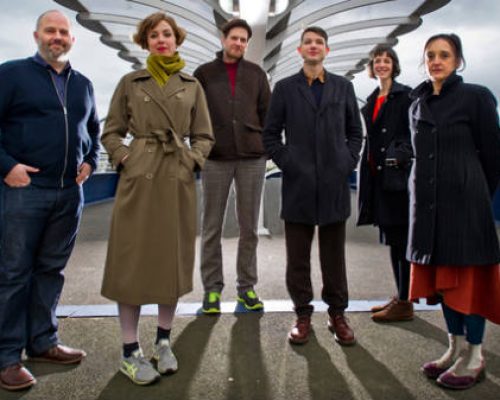 Artists announced for the Artists and Archives residency with BBC Scotland