LUX presents a programme of short films by Zelimir Zilnik. This screening supplements 21st Century ZiInik at Close-Up Film Centre, the first UK survey of the work of Yugoslav-Serbian filmmaker, with a selection of nonfiction shorts made in the 1970s. The 1970s was a decade of transition for Zilnik, as he went into self-exile and worked between West Germany and Socialist Yugoslavia because of the furore surrounding his controversial debut feature-length film Early Works in 1969. Whether at home or abroad, Zilnik remained dedicated to an interventionist documentary mode that took aim at the faults in society while also probing the boundaries between reality and fiction. The films in this program deal with migration, labour, commerce, and antifascist revolutionary action. The artist will be present for a discussion.

Zilnik will also participate in a workshop at Goldsmiths on 13 November and a symposium at Birkbeck on 15 November.

Organised by Greg de Cuir, Jr. (Nonaligned Curator, Belgrade), with Dr. Vana Goblot (Goldsmiths) and Matthew Barrington (Birkbeck), and with kind support from CHASE. Special thanks to Zelimir Zilnik, Sarita Matijevic, and Playground Productions, for their support in making this program possible.

Tenants of one old building in the centre of Münich are featured in this film: most of them are foreigners who work in Germany as “guest workers” (Yugoslavs, Italians, Turks, Greeks). In their mother tongue, each of them tells who he or she is, and briefly talks about their major worries, new hopes and plans for the future.

One night, Zilnik picks up a group of homeless men from the streets of Novi Sad and takes them home. While they enjoy themselves in his home, the filmmaker tries to “solve the problem of the homeless” carrying along a film camera as a witness. He speaks to social workers, ordinary people. He even addresses policemen. They all close their eyes in front of the “problem”.

Šabac Fair – the biggest of the sort in Yugoslavia – is a Balkans festival which lasts for three days and three nights. Buying and selling cattle, cars, clothes, wine, and rakia in the chaotic atmosphere created by music bands, singers and trumpet players. Here you can see a circus with lions and elephants, illusionists and conmen. The documentary tells a story about the Fair employees, who mark lots to tradesmen and funfair shop owners and observe order during the fair.

People from the Jazak village in Fruška Gora Mountain show how they fought undercover against the occupation forces during World War II. They speak about the dramatic events – of how they helped to hide partisans and how young people joined partisan units in Bosnia. We listen to people’s recollections on the arrests, persecution, and tortures. In the last quarter of the film, the participants speak about the events that took place in the autumn of 1944, when the village was liberated and when Russians passed through their area. They remember the joy and great expectations because of the oncoming freedom and socialism. 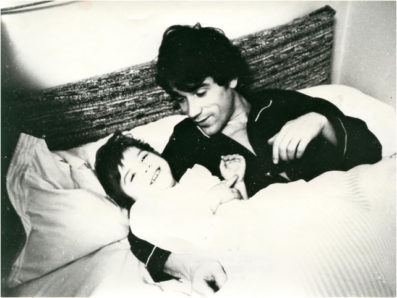 Zelimir Zilnik (b.1942, Yugoslavia) is an artist-filmmaker from Novi Sad, Serbia. In his highly prolific career, Zilnik has made over 50 feature and short films, which have been exhibited internationally at film festivals including Berlin, Toronto, Rotterdam, Moscow and Oberhausen. From the late 60s, his socially engaged films in former Yugoslavia earned him accolades, but also censorship in the 70s and the 90s for his unflinching criticism of the government apparatus. His power to observe and unleash compelling narratives out of the lives of ordinary people is the common thread throughout his work.

Greg de Cuir Jr is a nonaligned curator, writer, and translator who lives and works in Belgrade (Serbia). He most recently organised the Black Light retrospective at Locarno Film Festival, which travels to Zurich, Amsterdam, Madrid, and other European cities this year and next.