In Popism, his memoir of the 1960s, Andy Warhol describes the opening of his first retrospective, at Philadelphia in 1965. “There were four thousand kids packed into two rooms. They’d had to take all my paintings – my ‘retrospective’ – off the walls because they were getting crushed. It was fabulous: an art opening with no art!” Earlier that year he had declared that he’d given up painting to make movies. Warhol’s most recent retrospective began at Tate Modern on 12 March 2020, the day after the WHO declared the pandemic. I doubt there was much of a crush that evening. The exhibition has been extended, but if there were plans for much of a film season – the front page of the Tate’s site manages not to mention that Warhol was a filmmaker – they must have been dropped.

Warhol’s films mattered not just in themselves but because his fame brought the work of other filmmakers in his ambit to attention. He became, wrote Dwoskin at the time of another retro, at the Pompidou Centre in 1990, “an ‘agent’ for the New American Cinema. As his notoriety increased so did the awareness of all the new cinema around – and Warhol became like an ‘umbrella’ for the other film work.” Dwoskin had mixed feelings about this, because it meant living in Warhol’s shadow; and his career paralleled Warhol’s more than any other filmmaker in their milieu. 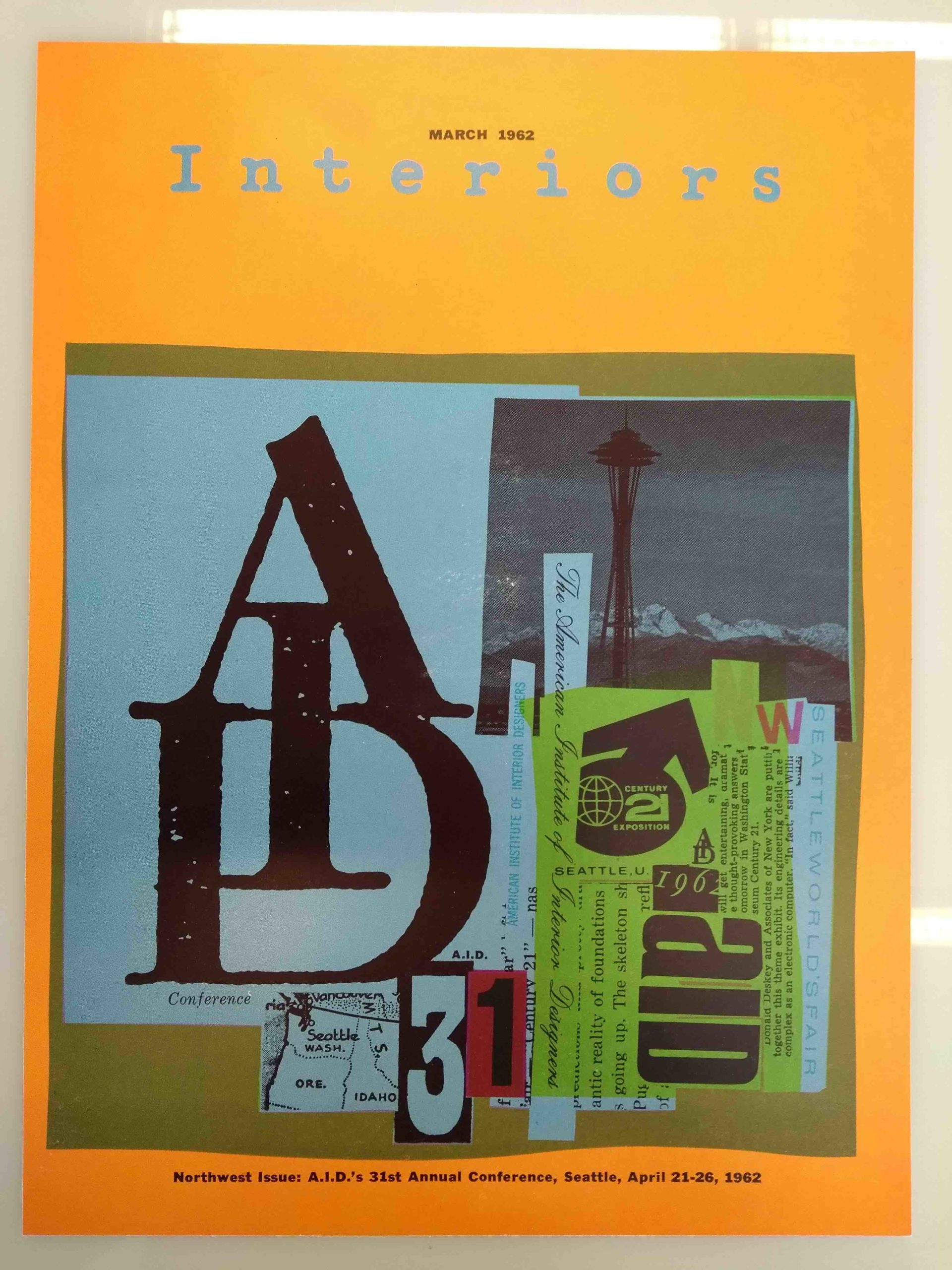 One of Dwoskin’s covers for Interiors

Both of them were “commercial artists”, i.e. graphic designers; Warhol was more than a decade older than Dwoskin, and a big success before he had his first solo show, aged 33, in 1962. Had Dwoskin not moved to England at the age of 25, it is possible that he would have taken a similar path in New York. For one thing, they shared an agent, Emile de Antonio, himself a filmmaker. In Popism Warhol wrote that De Antonio “only worked with friends; if De didn’t like you he couldn’t be bothered”, so it was no small thing that he represented Dwoskin, then barely into his twenties. Both Dwoskin and Warhol wrote that De had a major role in turning them on to film – Warhol because of a film De made with Dan Drasin, Sunday (1961), Dwoskin through De’s connection with Dan Talbot, manager of the New Yorker cinema, whose logo Dwoskin claimed he had designed.

In one telling, Dwoskin knew Warhol as a designer, “because the magazine I used to work on, he did illustrations for, Interiors magazine, he used to come in for samples.” This would have been between late 1961 and early 1963. “But an old class mate of mine knew him better, she was art directing Harpers Bazaar and I used to see her regularly. He would be there doing shoe drawings for her, I remember her having them on her wall.” This would be Bea Feitler, who had been Dwoskin’s contemporary at Parsons. 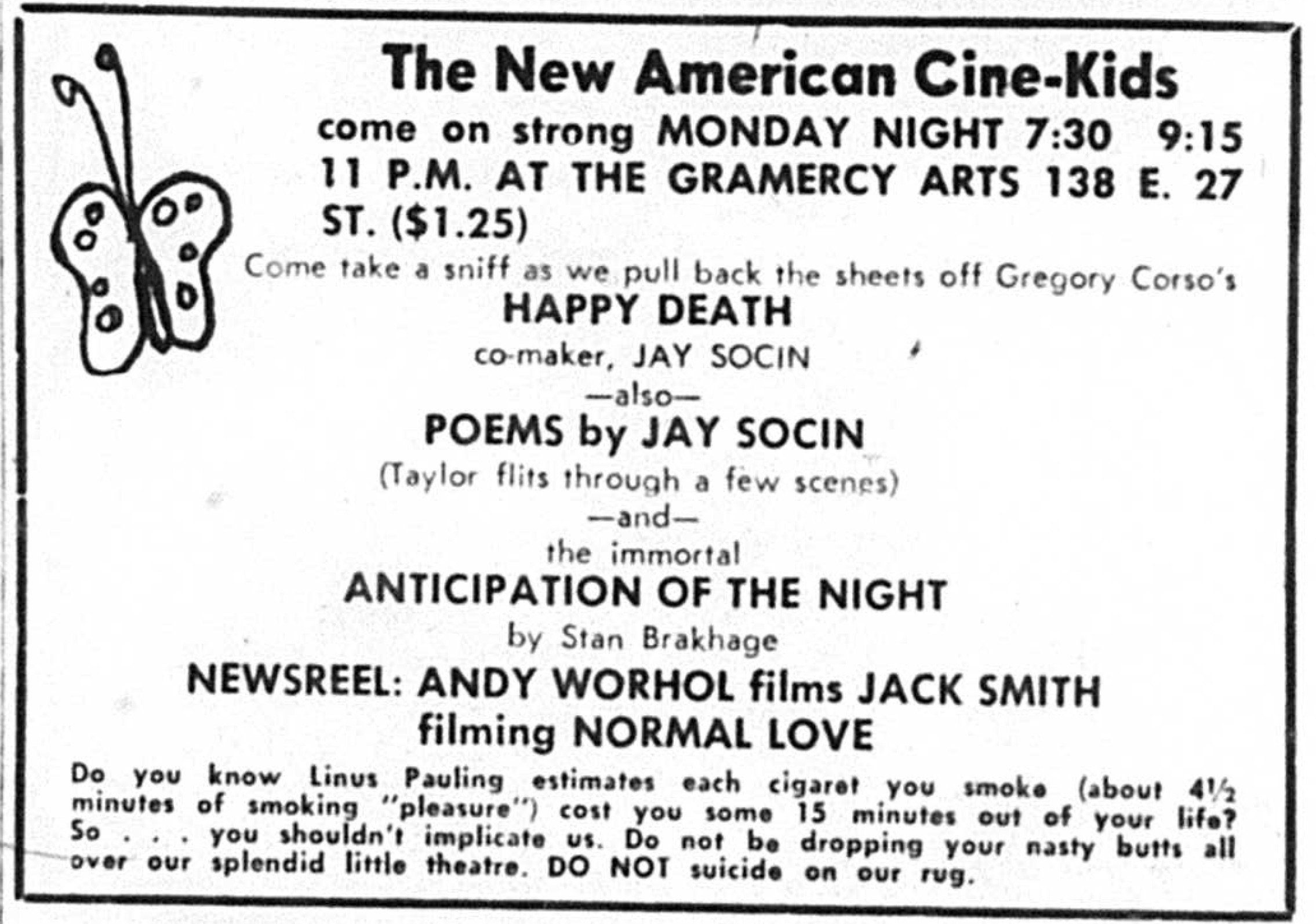 Ad for a Warhol screening, October 1963

By mid-1963 both Dwoskin and Warhol were attending the screenings that Jonas Mekas was organizing through the Film-makers’ Co-op, most often from that summer onwards at the Gramercy Arts Theatre. Also that summer, both of them were around when Jack Smith, whose Flaming Creatures, the emblematic film of this period, had debuted in April, shot his never entirely completed follow-up, Normal Love. Scenes from the making of Normal Love were the subject of the second film Warhol ever shot; there are also two colour photos from the shoot in Dwoskin’s archive. I am fairly sure that the photo of Steve and Andy at the Factory was taken some years later, in 1967, when Steve was back in New York to research his book Film Is… (and to see his family), but I am also fairly sure that in December 1963 Steve photographed Warhol and other members of the group around Mekas – Jack Smith and Barbara Rubin among them – as they prepared to dispatch their films to Europe.

A few months after that, in March 1964, it seems that they both had their films confiscated on the same evening, when Mekas tried to show Un Chant d’amour at the Writers’ Stage Theatre on East 4th St. According to Mekas, the NYPD took Warhol’s film of Jack Smith; according to Dwoskin, they also took a film of his titled Two Underground Movie Stars Having Breakfast in Bed. Wrote Warhol: “Some underground filmmakers actually kind of hoped the police would seize their movies so they’d get in all the papers for being persecuted for ‘freedom of expression,’ and that was always considered a worthy cause.” 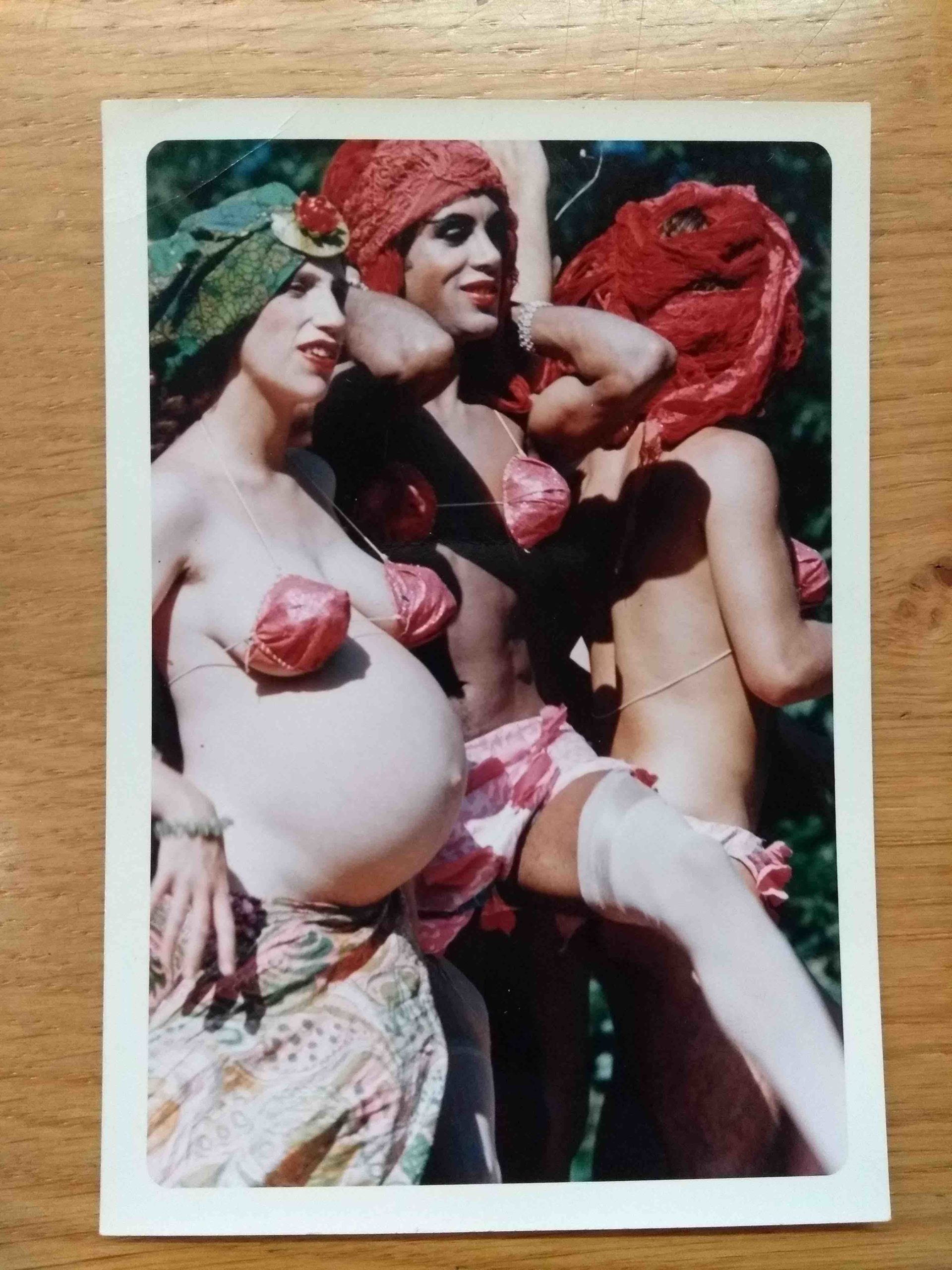 In the Pompidou article, Dwoskin was careful to note that he began making films before Warhol – Dwoskin’s first, usually called Asleep, consisting of shots of his wife’s feet, was shot in 1960 or 1961, whereas Warhol made his first – always called Sleep – in 1963. The dates, and the exhibition histories, matter if Dwoskin is to be brought out from under the Warhol umbrella. He moved to London in September 1964, and would not have seen any of Warhol’s films for years after that, leaving only a small window in 1963–4 when both of them were making films and in a position to see each other’s work. Dwoskin was not consistent in dating his major early works – Alone, Chinese Checkers, Naissant, and Soliloquy – but Alone was sometimes dated 1963, and the rest almost always 1964. There seem not to have been public screenings; part of the difficulty is that the underground scene of those years was characterized by private screenings, often at the offices of the Film-Makers’ Co-op, near the Gramercy on Park Avenue South.

If there were similarities between their films, wrote Dwoskin, “it is more because of the attitudes surrounding cinema in those days and variations of these themes can be found in other filmmakers as well” – obviously somewhat defensively, but what he says is the truth, though one needs to read “the attitudes surrounding cinema” with some latitude. A feature of New York underground cinema was its web of productive connections with other media, Warhol himself being the most obvious and famous link with the art world; there were others with experimental dance, music, and theatre. In the latter field there was another connection between the two filmmakers, in the person of Mari-Claire Charba, who acted for both of them roundabout the same time in mid-1964 – for Warhol in Soap Opera, for Dwoskin in an unfinished film titled Ulysses. But hers is a story to which I will return. 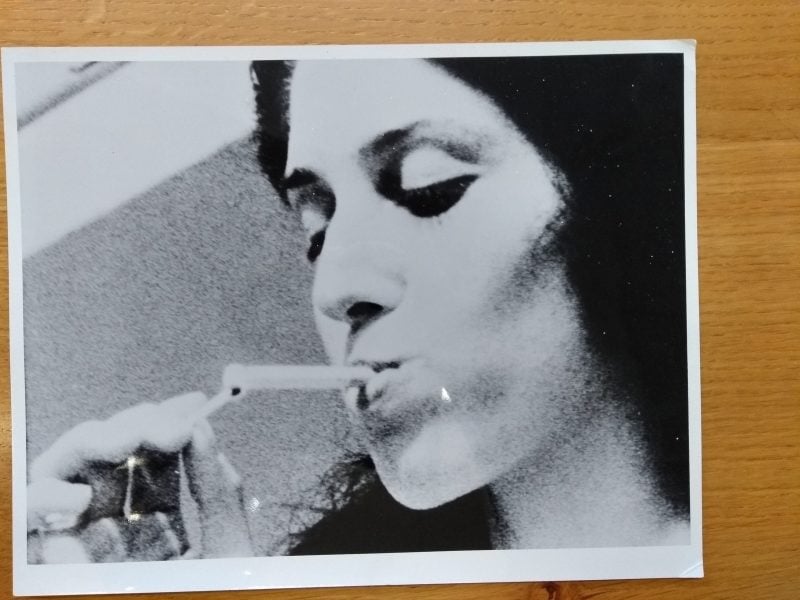 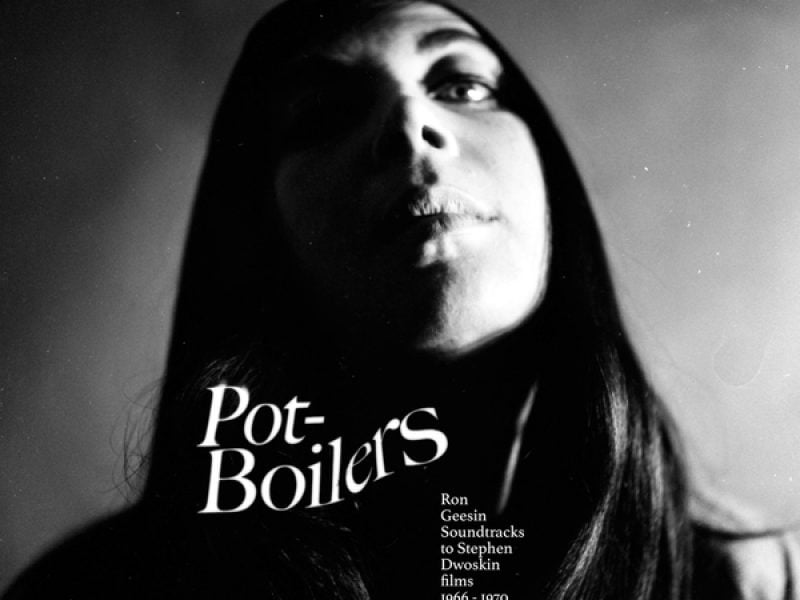 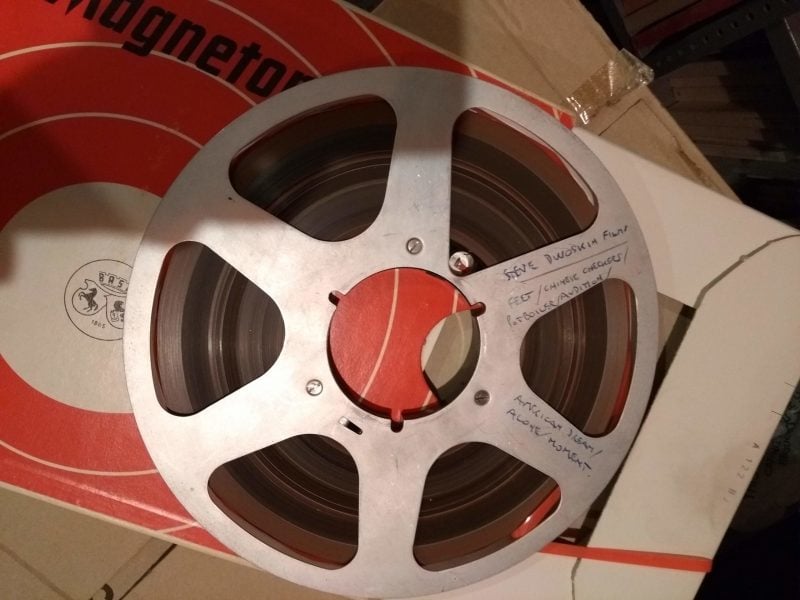