Simon Hartog (8 February 1940 – 18 August 1992) was born in England but lived in Chicago from the age of eight, after his parents divorced. The risk of being drafted for the Vietnam War drove him back to Europe in the 1960s. He took a higher degree in politics at the LSE and studied film-making at the Centro Sperimentale, the Italian film school. There he met his longtime companion and wife, Antonella Ibba. His first taste of filmmaking in Britain was on Peter Watkins’ The War Game (playing the jumpy GI who triggers the nuclear strike). He worked for a time as a producer/director for Panorama, making programmes on Ronald Reagan, the May 1968 evenements in Paris and censorship. But the programme’s editors proved unreceptive to some of his other proposals and he soon left the BBC to go freelance. Hartog was a founder-member of the London Filmmakers’ Co-operative the key organisation in developing an independent avant-garde in 1960s Britain. He took a wide range of jobs, from researching a report on the possible nationalisation of the film industry for the industry union ACTT to helping Tony Rayns to edit the short-lived film magazine Cinema Rising. His commitment to cinema included a passionate interest in the Third Cinema of Africa and South America. Whilst working at London’s principal Third Cinema distributors The Other Cinema, he was offered the post as consultant to the Frelimo government on setting up a state film industry in Mozambique. The principal result was an effective regular newsreel Kucha Kanema. On his return to the UK, he initiated and animated a collective of young feature filmmakers in Spectre Productions. They included Steve Dwoskin, Anna Ambrose, Vera Neubauer, Phil Mulloy and Michael Whyte and the co-operative produced several low-budget features (ususally with Hartog as producer) in its 15 year existence. Hartog was active in the Independent Filmmakers’ Association pressure-group that campaigned for a genuinely independent and innovative Channel 4. The success of that campaign led him to join John Ellis (media academic) and Keith Griffiths in founding the production company Large Door Ltd, which made the channel’s world cinema programme Visions for three years. Just before his death he completed Beyond Citizen Kane his film on the development of TV in Brazil, concentrating on the role of TV Globo. He died before the transmission of the programme and the subsequent controversies in Brazil.

‘Hartog was a unique figure in what passes for British film culture. He was a perennial outsider who spent most of his life dreaming up alternatives to the mainstream orthodoxies, but none the less took a serious academic interest in the political and economic structures of the film industry. He was also one of the very few British film-makers with an informed and passionate commitment to non-British cinemas, especially those of Africa, the Middle East and South America. And he was a lifelong opponent of censorship, the first British director to have a film screened in the ‘Directors’ Fortnight’ at the Cannes Film Festival, and a consultant to the Frelimo government on setting up a state film industry in Mozambique’ Tony Rayns, Obituary, The Independent, 20 August 1992 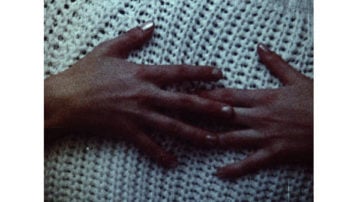