Keira Greene is an artist whose work takes the form of digital video, performance, and writing. Her research is critically engaged with the representation of intimacy and politics of resistance, explored through poetic narrative, oral history, non-verbal language and the body.
Greene’s practice often takes the form of an inquiry into the comingling of human and non-human life. Her work frequently begins with a specific location, it’s social history and its ecosystem. She is interested in producing a rapport through collaborative working across the disciplines of art and science and in particular her role as a woman artist engaged in fieldwork.

Greene uses multiple means of speaking in her video work that involves narrative text and spoken dialogue, in relationship with the non-verbal of musical score, choreography and performance. She continues to study dance and movement techniques, often considered ‘somatic’, and does so with a critical approach to their historic, social, biomechanic and aesthetic qualities. She is interested in dance as a process of being in motion and how the practice can raise questions rather than fix knowledge.

Greene has made artworks about artist communities and significant individuals whose work has facilitated social and political movement, radical ideas and alternative approaches to living. In 2015 she made the work Totally on Fire which restaged a game and social experiment from the Esalen institute, CA (circa 1970) on the grounds of the secular community Braziers Park, Oxfordshire. In 2016 she made the film Grain at the home and historic dance deck of dancer Anna Halprin in California. 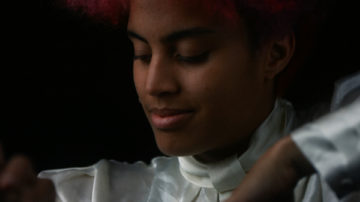 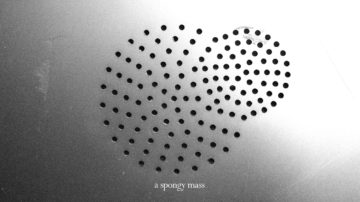 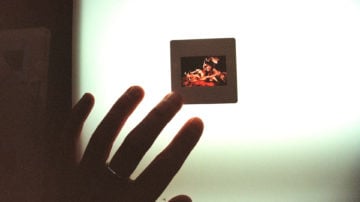