Beatrice Gibson is a artist and filmmaker based in London. Her films are improvised and experimental in nature, exploring the pull between chaos and control in the process of their making. Drawing on cult figures from experimental music and literature – such as Cornelius Cardew Robert Ashley, Kathy Acker and Gertrude Stein – Gibson’s films are citational and participatory, populated by friends and influences from within her immediate community. In 2019 she had solo exhibitions at Camden art Centre, London Bergen Kunstall and Mercer Union, Toronto. She is twice winner of The Tiger Award for Best Short Film, Rotterdam International Film Festival, (2009/13). In 2015 she won the 17th Baloise Art Prize, Art Basel, and more recently was the recipient of the Images Festival Award for Autobiography (2019). Her latest film premiered at Quinzaine, (Director’s Fortnight), Cannes Film Festival 2019. 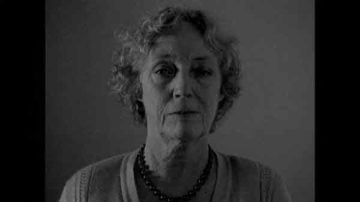